Americans are anxious that jobs are being destroyed faster than they are being created. When looking for a culprit, China is often in our political crosshairs. But what if Amazon is displacing more Americans workers than China? Given Amazon’s rapid growth and their use of automation, it is entirely possible. 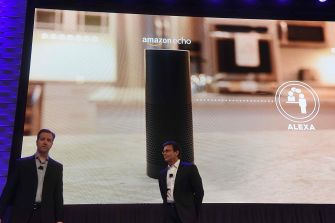 We are then left with a vexing question:

How do we create a human-first economy when what is beneficial to us as consumers may not align with what’s best for American workers? In other words, what’s good for the goose may not be good for the gander. Our intent focus on China may have more to do with our sense of nationalism than the economic reality.

As many commentators have pointed out, our growing imbalance between output and a need for American workers has less to do about trade (with countries like China), and much more to do with automation. Don’t blame China, blame the robots. 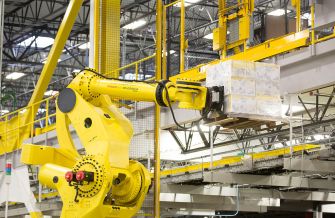 “If not China, what then explains these jobs losses? It’s simple: factories don’t need as many workers as they used to, because robots increasingly do the work.”-Wolfgang Lehmacher, head of supply chain and transport industries at the World Economic Forum. From the Forbes Op-Ed, “Don’t Blame China For Taking US Jobs“

While economists have estimated that our trade imbalance with China may have eliminated upwards of 2 million jobs, a recent piece by MarketWatch’s Rex Nutting argued that this number could be eclipsed by Amazon’s impact on American workers. Nutting focused his analysis on the 6.2 million American workers in the GAFO (General Merchandise, Apparel and Accessories, Furniture and Other Sales) sector. 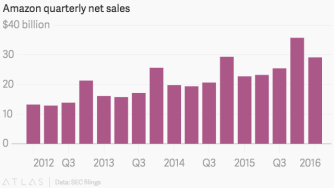 Nutting asserts the plausibility of Amazon capturing 40% of the GAFO market within 5 years would cost 1.5 million American jobs. Added to that, Nutting argues that Amazon's foray into other areas such as grocery stores and delivery services could push the job losses north of 2 million--greater than the impact of China.

Obviously, there is a good deal of debate about the impact of technology, or Amazon specifically, on the net impact of jobs. To counter Nutting's assertion, a recent opinion piece by Wired argued that Amazon is not killing retail jobs. In addition, Amazon has become the fastest US company to reach 300,000 jobs.

What Does This All Mean?

While Amazon's revolutionary efficiency have been a boon for consumers getting goods cheaply and conveniently, they may come at the cost for brick-and-mortar stores. As a society, we are concerned with the net positive or net negative of this disruption. When Amazon grabs market share from traditional retailers, do the job losses from the retailers get offset with job hiring from Amazon?

From Amazon's business point of view, displacing more workers than are being hired by the company may not a bad thing--it is a sign of efficiency, which in turn increases profits. The struggle, however, will be whether Amazon's business pursuits jive with the needs of a human economy.

“What we need to do is always lean into the future; when the world changes around you and when it changes against you – what used to be a tail wind is now a head wind – you have to lean into that and figure out what to do because complaining isn’t a strategy.” – Amazon's founder, Jeff Bezos

Disruption is inevitable. At the same time, it is not the equivalent of the Luddites destroying their looms to question the best methods of disruption. As we have seen with Bill Gates arguing that robots should be taxed, and Elon Musk discussing a potential Universal Basic Income in the future (given the imbalance that automation/AI/digitization create may create in the labor market), we may be pivoting towards a form of ethical disruption.

We, as consumers, are part of this ethical disruption. Enter a common scenario: after being helped by a sales clerk with some new clothes, you take a look at the price tag. "Hmm," you wonder, as you pull out your smartphone. Just as you suspected--cheaper on Amazon. While the store provided a service and paid for its rent and utilities, it was left with nothing to show for it.

It is much easier to blame our economic outlook on the Chinese.

Expert Matthew Ball explains how the Metaverse is a golden opportunity to fix the internet.
▸
4 min
—
with
Matthew Ball
Up Next
Starts With A Bang

Time crystals are real, but that doesn’t mean time is crystallized

The Harvard Diamond, created by a team led by Mikhail Lukin, has so many nitrogen impurities that it turned black. This is one of two independent physical systems used to […]