Lots of us are struggling to wrap our minds around that word “bitcoin.” We’re not quite sure what it is and why it’s a big deal, or if it’s just a scam. It’s not a scam, but it is still evolving, and probably not quite ready for primetime. That’s because it’s still volatile—there’s so little of it in use that it doesn’t take much to jerk the value of each bitcoin up and down—and because using bitcoin requires more effort right now than most people want to bother with. But if you still want want a simple explanation: Bitcoin is cash for the online world.

This article is not about bitcoin.

What it is about is the verification system that enables bitcoin: It’s called the “blockchain.” It embodies—if one can use that word for the disembodied virtual world—a concept that has a profound potential to change our lives. While bitcoin already uses a blockchain, it’s likely many more things will in the future. It’s such a cool concept.

What the BlockChain Is 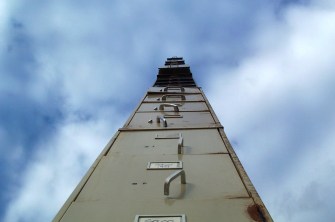 A blockchain is a large digital record made out of a chain of digital data blocks. It’s shared by 8,000 to 9,000 computers around the world, so there’s no single master copy of it. It exists as all of those identical copies on all those computers. Since nobody owns the blockchain—such as a government that could change hands or a private business that could fail—it’s unusually safe from tampering, accidental loss or mishap.

The blockchain can’t be changed. It can only be added to. This ensures that all of the information it’s ever contained can’t be deleted.

Before a new chunk of information—a new data block—is added, all of the 8,000 to 9,000 computers holding the blockchain have to approve its validity. They do this only after they receive the requisite cryptographic and mathematical proof baked into the new block. (This is what puts the “crypto” in “cryptocurrency.) The process occurs automatically, requiring no human interaction or control, and typically takes just a few minutes.

“Reliable,” “permanent.” Not words we’re used to in the online world. But the distributed nature of the blockchain and the strength of the cryptography make sabotaging the blockchain unusually tough for would-be hackers or terrorists. (Cough, cough: digital banking records.) And the system’s continually being strengthened.

The blockchain community is currently prioritizing scalability—the bitcoin system’s still a bit slow—and locking down privacy. Given the permanence of the blockchain’s record, there’s a lot of info to, well, hide.

Also, there’s a debate raging within the community about whether there should be multiple blockchains for different uses, or one for everything. We’re not taking sides.

What’s All This About Earth-Shaking Potential?

So think of a chain block as a trustworthy, automated information record that requires no manager. With that in mind, there are lots of possibilities. Here are just a few.

We alluded to this before. We’re talking banks and stock brokers and such. Right now, all of our “money” exists mostly as digital numbers in digital ledgers somewhere in some company’s records. How secure is it? Who knows? What happens to our personal worth in the event of malevolent hacker, bomb, or a strategically placed electromagnetic pulse? 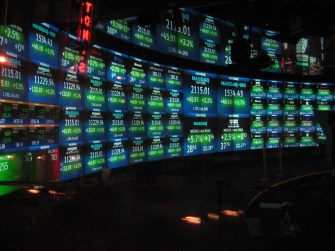 Now imagine a world where a bank or brokerage doesn’t own this data and it’s stored in a decentralized, secure public blockchain.

With a blockchain, there would also be no need for third-party middlemen such as credit card companies or banks between you and vendors. Oooh.

Aside from being a complete pain trying to remember them all, passwords have proven to be a pretty insecure ID method. 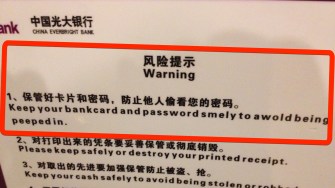 A personal ID from a blockchain would be ironclad, and could be used in lots of ways. Signing documents digitally, voting, turning car- and home-alarms on and off, and traveling across borders are all things that immediately come to mind. Yes, I said “voting.” No voter fraud would be possible.

Are those real Nikes you just bought? What if genuine products were tagged in such a way that they could be authenticated via an app before you plunked your $$ down?

Real estate records are notoriously unreliable, dependent as they are on local municipalities’ unpredictable record-keeping. A centralized real-estate property blockchain could solve this. This is especially an issue in the Third World, where a lack of clarity about who owns what has significantly hampered development.

Blockchain-linked apps could more accurately and inexpensively perform tasks that are now done by bankers, lawyers, registrars and administrators.

That’s not all. The current legal system offers protections that only the wealthy can afford to prosecute. “Smart” contracts with conditions tied to a blockchain would allow the automatic execution of obligations, avoiding disputes and making for fewer instances in which you need money to get justice.

Wouldn’t it obviously be far more secure to store cloud data in a blockchain than a single fallible company’s equally fallible handful of servers? Not to mention the company would no longer have access to your data.

Actually, you could just compute in the cloud altogether, with a blockchain securely holding your data. There’s already a company developing a blockchain OS.

A blockchain-based messaging platform could handle user verification and connection instead of, say, Facebook, allowing you to chat with friends without a company having access to your conversation?

”In Proof We Trust” 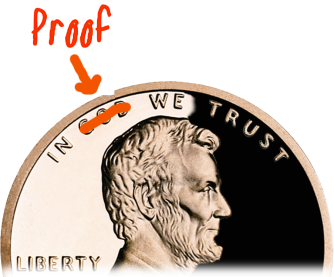 That’s the slogan of people who use bitcoin, and it reveals the underlying belief in complex cryptographic keys as the only reliable way to trust something electronic. Staying ahead of hackers and advancing technology is a never-ending race, with blockchain experts are already pondering how to maintain the system’s integrity in the face of proposed quantum computers. It’s not a perfectly worked-out system yet, but the blockchain is an incredibly promising concept that may well stand behind much of what we trust in years to come.

Ask Ethan: Why don’t you look like a scientist?

Image credit: J. Cummings (foreground); NASA, ESA, SSC, CXC, and STScI (background), of Ethan Siegel in 2014.And why you shouldn’t even be asking a question like that.“If we cannot now end our […]