As early as 1971, feminist philosopher Shulamith Firestone was advocating for artificial womb technology and an end to pregnancy as we know it. In the meantime, scientists have “grown” a goat fetus in an artificial uterus, a human embryo that survived for 13 days, and, most recently, a baby lamb in a so-called BioBag. But, as successful experiments continue to multiply, so do our ethical concerns. It’s likely that we will be able to grow babies in external wombs five years from now – but should we?

Some would answer with a resounding “yes!” Cyberfeminists like Firestone used to think artificial wombs were the great gender equalizer that could bring women their true liberation. The technology would make both men and women equally responsible for bearing and raising the children, liberating women from “the tyranny of biology,” and making sex differences irrelevant.

Not only would women be better off, Firestone believed, but also children. The experiences of pregnancy and giving birth are so uncomfortable and painful, she thought, that too many parents end up claiming ownership of their children’s lives. “A mother who undergoes a nine-month pregnancy is likely to feel that the product of all that pain and discomfort ‘belongs’ to her, (To think of what I went through to have you!)” she writes. Children will only develop fully into autonomous and happy adults when they will no longer be seen as the property of their parents.

In more recent years, geneticists such as Aarathi Prasad referred to artificial wombs as “great biological and social equalizers.” The possibility of growing a baby outside of a woman’s womb could mean that men and women finally have the chance to split parenthood equally. Legal practices – currently favoring the mother – might soon reflect this. Coupled with asexual reproduction, men could have babies entirely without a woman, as could women without men. Male same-sex couples, as well as transmen and transwomen could all benefit from the technology. Finally, as Aarathi Prasad points out, creating an artificial womb could also put an end to the industry of surrogate mothers, which many have argued is exploitative, particularly when carried out at a transnational level. 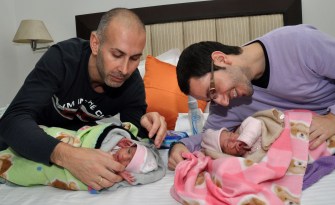 But while some thinkers see external wombs as social equalizers, other feminists see them as anything but. In the 1970s, radical feminists such as Andrea Dworkin and Robyn Rowland have argued that artificial womb technology will lead to women’s demise. As with any other reproductive technology, ectogenesis will fall in the hands of men, who will discard of women as they will no longer be the sole ones with the unique ability to bear children. If we develop an artificial womb, women will be stripped of their role of “mothers” – a status that continues to save many women even in the world’s most misogynistic societies.

“For the history of “mankind” women have been seen in terms of their value as child bearers. We have to ask, if that last power is taken and controlled by men (…) will women become obsolete?” Rowland writes. She warns that in the absence of the ability to bear children, women might be left with nothing to bargain with. In the most oppressive patriarchal societies, women are at least valued for their reproductive abilities. If they give up this right, they might expose themselves to unprecedented violence.

Regardless of which side of the argument we take, one thing remains clear: as the technology of external wombs is getting closer and closer to becoming a reality, we need to start asking ourselves some serious questions. Who is developing the technology? Who will benefit from it? Will external wombs liberate some people and disenfranchise others? And if so – which of these people are we going to be?