The whispers have been around for a while: As soon as you buy a new iPhone, your older one seems to be going much slower. While at least one benchmarking firm — benchmarking is a way of evaluating computer performance as objectively as possible — has concluded the effect is largely psychological, others say, nope, the processor struggle is real. When a Reddit user had his iPhone 6s battery replaced, he saw a big performance jump, and the developer of Geekbench a little while later responded that older phones are being slowed down, starting with the iOS 10.2.1 operating system update, when Apple announced it was implementing a fix for sudden shutdowns. 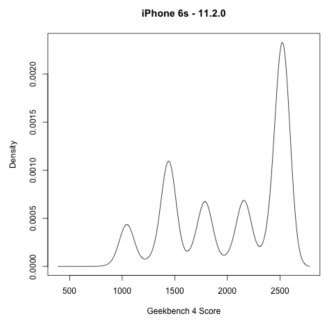 Multiple power optimums in multiple iPhone 6s units phones show some are being held back by software limiting. (GEEKBENCH)

In mid-December, Apple explained exactly what that fix was. Yep, they’re slowing down older iPhones by “smoothing out” performance when their batteries degrade by a certain amount. This means that tasks are internally re-ordered to reduce the simultaneous high-power demands, and that means things don’t happen as quickly. The iPhones involved are the iPhone 6, iPhone 6S, iPhone SE and iPhone 7. This fits with the original Reddit poster’s experience when his 6s dramatically sped up after he replaced his old battery with a fresh one. 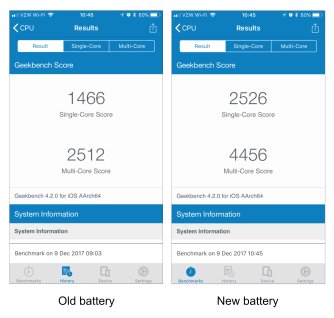 Since Apple’s announcement, three class-action lawsuits against the company have been filed by older iPhone customers. They all demand Apple be more forthcoming about what it’s doing, and for Pete’s sake, stop throttling the speed of their iPhones. However, while there’s some yummy (for some) shadenfreude appeal for in these demands, they miss the larger issues with which Apple, and any company dependent on current battery technology, is trying to grapple.

Lithium-ion batteries don’t last forever, period. According to Tektronix, “The typical estimated life of a Lithium-Ion battery is about two to three years or 300 to 500 charge cycles, whichever occurs first. One charge cycle is a period of use from fully charged, to fully discharged, and fully recharged again.” The iPhone 6 is three years old. The newest affected phone, the iPhone 7, will be two in the fall of 2018. (Apple has a free defective battery-replacement program for 6s iPhones that suddenly shut down.)

What Apple decided in its 10.2.1 OS update is that it’s more convenient for users — and not coincidentally makes for fewer furious customers — if phones with aging batteries slow down instead of shutting off altogether in the middle of use. (Other phone brands face the same shutdowns.)

One other solution would be to make batteries user-replaceable, and here Apple’s in another no-win situation. Every new Phone is expected to be thinner and lighter — regardless of a lack of advances in lithium-ion battery technology — and Apple’s engineers jump through some extraordinary hoops to pack sufficient power into their devices, mostly by shrinking everything like crazy to make room. The new power-hungry iPhone X actually has two batteries inside. 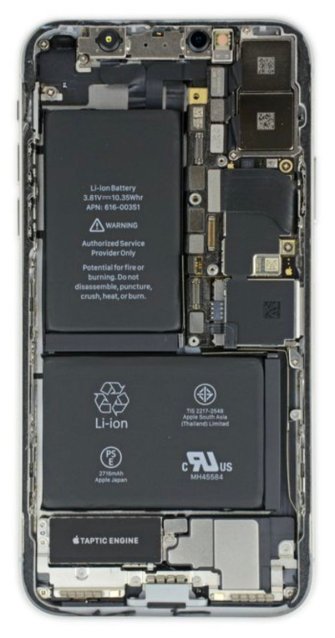 It’s hard to imagine that a user could navigate the teeny hardware jungle in there to replace their battery. And in fact, iFixit, who opens up each new iPhone model to see what’s going on, has long lamented how hard it is to get inside an iPhone without destroying it. And having Apple replace your battery is not free; if your device is out of warranty, you may be able to do better with a third-party repair service. The only way around the battery-dying issue with current technology is making them easily replaceable. Buh-bye skinny iPhones, Galaxies, Pixels, and so on? Didn’t think so. Until some new type of longer-lasting battery becomes available, this is an issue that’s likely to remain unresolvable.

Those suing Apple will be hard-pressed to demonstrate actual damage they’ve suffered from their slightly slower phones. But where Apple can be faulted is in taking the decision out of users’ hands in a way some consider obnoxious. It seems plausible that if iPhones can track battery health and tell software when it needs to slow things down, they could just as easily tell us that our batteries need replacement and give us the the option of pokier operation or living with the risk of shutdowns. On the other hand, it’s arguable that most of Apple’s less tech-savvy customers wouldn’t want to be bothered with all this.

And note — in spite of the outcry and the charges of paternalism — slowing down phones doesn’t mean that Apple is trying to get people to buy new ones. It’s just the opposite: They’re trying to help people get more usable life out of their older devices by preventing the kind of sudden shutdowns that would force them to buy a new iPhone.

Update: In late December, Apple released a statement addressing the battery brouhaha in which they offered two solutions that should address customers’ concerns:

The statement in its entirety offers more details on battery degradation and why Apple implemented the throttling that has generated such furor in the first place.

Related
The Learning Curve
Why do high IQ people stagnate in their careers? Emotional intelligence
Research suggests that emotional intelligence is more vital for success than IQ.
The Present
Even in the age of AI, some problems are just too difficult for computers
Computers are growing more powerful and more capable, but everything has limits
The Future
How the metaverse will revolutionize K-12 and higher education
Imagine going on a tour through the human circulatory system as a tiny cell. That is just one example of education in the metaverse.
Starts With A Bang
Ask Ethan: What are white holes, and do they really exist?
In General Relativity, white holes are just as mathematically plausible as black holes. Black holes are real; what about white holes?
Life
Strange life forms create an “alien” ecosystem in an abandoned uranium mine
Slimy biofilms made up of bacterial and eukaryotic life forms have taken over an abandoned, flooded uranium mine in Germany.
Up Next
Motivation Is a Bigger Advantage than Your IQ Score
Your IQ score may not be able to tell you much about how successful you will be, but these traits can.