Ingvar Kamprad may be the most influential aesthete in the history of interior design, thanks to the mass-produced and self-assembled furniture created by Ikea, the home furniture and decor company he founded which exported minimalist Swedish designs throughout the globe. Kamprad passed away on Saturday, January 27, 2018 at the age of 91.

1) Kamprad grew up poor, but registered his mail-order business in 1943 at age 17 after saving money from chores and from selling matches and pencils. 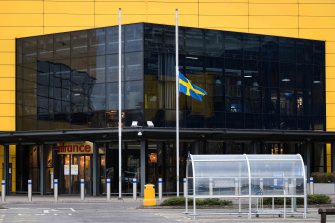 The Swedish flag is flown at half-mast outside a branch of the Ikea furniture store as a tribute to company founder Ingvar Kamprad, on January 29, 2018 in Wembley, England. Mr Kamprad, who died on January 27, aged 91, started the company in Sweden when just 17 years old. (Leon Neal/Getty Images)

2) The store name comes from his initials (Ingvar Kamprad) as well as those of the farm he grew up on, Elmtaryd, and the village it was located in, Agunnaryd. 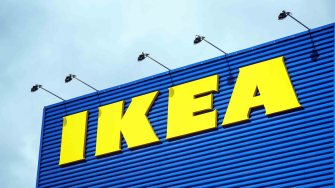 The logo of IKEA is pictured outside Europe’s biggest Ikea store in Kungens Kurva, south-west of Stockholm on March 30, 2016. Ikea founder Ingvar Kamprad, who built a global business empire with revolutionary flat-pack furniture and dallied with Nazism in his youth, turned 90 that day. (JONATHAN NACKSTRAND/AFP/Getty Images)

3) The store he founded, Ikea, began as a furniture showroom in 1953, and became his first Ikea store in 1958 in the town of Älmhult, Sweden. Throughout the 1960s, those expanded to other parts of Sweden, Denmark, and Norway. The expansions continued; in the 1970s, stores opened in Canada and Switzerland, and in the 1980s, the USA — and even Russia and China by the year 2000.

4) He was a member of a fascist organization in Sweden in the 1940s; (Swedish police even kept a file on him about exactly that). However, Kamprad has for years referred to the time affiliated with fascism as “youthful sins.”

5) He was at one time the 8th most wealthy individual in the world, at $58.7 billion. Before he retired, however, he moved almost all of his money into a charitable trust. 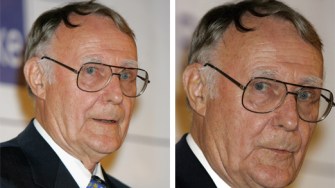 Ingvar Kamprad, founder of IKEA, is seen after being presented the Lifetime Achievment Award by Princess Victoria of Sweden at the Swedish Chamber of Commerce Centenery Celebrations on May 12, 2006 in London, England. (Chris Jackson/Getty Images)

6) He lived somewhat frugally and challenged his management staff to do the same, issuing company policies that mandated travel in economy class rather than first class, stayed in cheap motels, and ate inexpensive food when on the road. For decades, he drove a 1993 Volvo … but he also had a Porsche, which he kept from obvious sight.

7) He always considered himself a “commoner,” and even the company motto at one time read, “To create a better everyday life for the many people.”

Being mortal makes life so much sweeter.
Up Next
Hard Science

While millions catch a glimpse of a rare lunar event, NASA plans to shut down an orbiter whose purpose is to study the moon.