We use terms such as listening from the heart or giving from the heart. Swedish and British scientists now find that’s literally true. Those more in tune with their own heartbeat are more likely to act generously or in a charitable fashion. These results surround interoception—being in touch with your own body systems and processes.

Researchers began by pondering altruism or the act of serving others at the cost of yourself. What’s strange is, while those with higher interoception were shown to be more altruistic, increasing interoception did not increase altruism, the study found. It’s results were published in the journal Scientific Reports.

Researchers from Anglia Ruskin and Stockholm Universities started out by wondering if there were any physiological reasons for why some people are more altruistic than others. First, they rounded up 30 participants and had them play the game “Dictator.” It’s the standard simulation for measuring altruism or on the flip-side, selfishness. This was a computer-based version, modeling charitable giving in real life, in terms of the giver didn’t know the beneficiary.

Participants were in each given £5 ($6.50) per round and asked to choose whether to give it to a stranger or keep it for themselves. This was real money they or a person they hadn’t met would end up with at the end of the game. Participants repeatedly had to make such choices. Then, to test altruism further, they were asked at the end to fill out a questionnaire, without receiving any form of compensation for doing so. 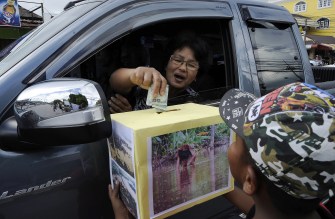 Those with a higher level of interoception are more altruistic. Credit: Getty Images.

Next, volunteers were asked to take a “heartbeat detection task.” Using an electrocardiogram (ECG), researchers tested how in touch participants were with their own heartbeats. Subjects were made to listen to a separate beat and tell whether or not it was in rhythm with their heartbeat, without being able to feel their own pulse.

Strangely enough, those who were more in tune with their heartbeat donated on average 10% more during the simulation. Here’s how study authors put it, “Interoceptive sensitivity predicted altruism measured through monetary generosity.” While the first study had only 30 participants, the second had twice as many and using the same methodology, confirmed these results.

Richard Piech is a professor of psychology at Anglia Ruskin University. He was a co-author on this study. Piech wrote in a press release, “Despite clear biological and economic advantages of acting in self-interest, people consistently make decisions that benefit others, at a cost to themselves.” He added, “Our study suggests that selfless acts may be influenced by signals from the body that reach the brain.” 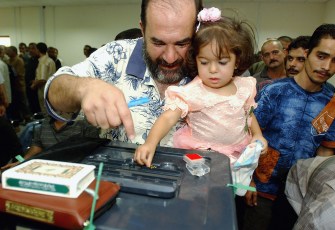 There may be a biological basis to things like generosity. Credit: Getty Images.

Co-author Dr. Jane Aspel is a senior lecturer in psychology at Anglia Ruskin. She said that much more research is required to better understand the relationship between altruism and interoception. We also need to find why this link between the heart and these emotions exist. Is there an evolutionary reason that aided our survival?

Researchers tried to use interoception training to increase subject’s altruism, but it didn’t work. There may be a biological reason for that too. According to Dr. Aspel, “It may be that an emotionally-charged situation — such as deciding whether or not to give money away — causes a change in heartbeat. This bodily change may then bias decision making towards the generous option in those people who are better at detecting their heartbeats.”

Concluding the study, the authors write that the “unique link between interoception and altruistic behavior,” is “likely established over an individual’s history of altruistic acts, and the body responses they elicit. The findings suggest that humans might literally ‘listen to their heart’ to guide their altruistic behavior.”

To learn more about the brain-body connection and what role emotions play, click here:

Related
The Present
How heat pumps of the 1800s are becoming the technology of the future
Innovative thinking has done away with problems that long dogged the electric devices — and both scientists and environmentalists are excited about the possibilities.
Starts With A Bang
JWST’s hunt for most distant galaxies gets double boost
Along with gravitational lensing and ALMA’s incredible long-wavelength spectroscopy, JWST is reshaping our view of the early Universe.
Thinking
Finding your essential self: the ancient philosophy of Zhuangzi explained
Adopting a healthy scepticism towards inherited ideas means “emptying the container of the Self.”
The Future
Startup’s bladeless flying car is designed to reach Mach 0.8
One of Jetoptera’s VTOLs is expected to reach speeds of around 614 mph, about as fast as a commercial jet airliner.
Health
New blood types are often discovered following medical disasters
New blood types are regularly discovered by an unusual absence or an unusual presence — both of which can result in tragedy.
Up Next
The Future
Here’s why MIT scientists want to develop a robot drinking buddy
It’s not just for the lols. If you’re up for some soul-searching, they need you to contribute to this MIT research survey…