It’s usually just a single line of a song going around and around in your head that just. Won’t. Stop. That nasty little earworm can keep you awake—especially when you reallyreally need to sleep—and can become the idiotically repetitive soundtrack to everything you do. Some go away only should you be so lucky as to finally lose consciousness at the end of the day. 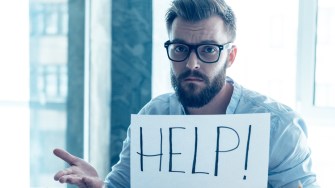 Scientists have been studying “involuntary musical imagery (INMI)”—the smartypants term for “earworms”—for years. They’re devilishly difficult to study, since they claim victims seemingly without provocation and are thus hard to reproduce in the lab. But many of us suffer from them. According to a well-regarded study done by Lassi A. Liikkanen of 12,420 Finnish internetters, 91.7% reported getting an earworm at least once a week.

But why? Oh God, why? Sometimes, it’s just that a song is super-sticky thanks to its simple, repetitive melody that contains “some mild incongruity,” James Kellaris, professor in the University of Cincinnati’s Marketing department, told Science Friday. An earworm may also happen if you can’t remember how the fragment ends—you’ll replay it over and over leading up to the spot you forgot. A recent study by the British journal Psychology of Music proposed four possible triggers. First was recently having heard a tune. Another was having the tune triggered by an association with a person or place, etc. Hearing a song while in a heightened emotional state was third, and fourth was just sort of daydreaming your way into it.

One study suggests that when someone has an unusually thin outer layer, or cortex, around the right frontal and temporal lobes, these areas associated with music may operate more freely, resulting in a greater susceptibility to earworms. 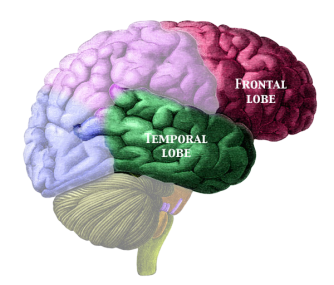 Researchers at the University of Reading in Britain suggests you can ward off earworms by chewing gum (!) because engaging your subvocal articulators reduces the chance your brain will pick up a melodic hitchhiker. Science!

Okay, so how do you get rid of the earworm you have?

Personally, I use two techniques, both supported by the research of Victoria Williamson, a fellow at the University of Sheffield. First, sing from the earworm to the end of the damn song, learning it first if you must by finding it on the interwebs or somewhere. If that doesn’t slay the melodic beastie, try what I call an “anti-song song,” which is some other song you know, to break the evil spell.

How about mentally generating random numbers, at about one a second, without ever repeating a number? This allegedly uses up just enough of your brain power to kill the earworm, as odd suggestion from scientists at the University of Cambridge, who, according to Scientific American, consider it the perfect solution.

1. “Tom’s Diner” by Suzanne Vega.
2. “The Lion Sleeps Tonight” by the Tokens, or anybody really. It’s just deadly.
3. “Mahna Mahna” from Sesame Street.

“Theme from the Adventures of Brisco County, Jr,” re-purposed as the Lillehammer 1994, Atlanta 1996, and Nagano 1998 Olympics theme.

What can elite athletes teach you about how to win?
Up Next
The Present

Researchers study the rise of violence in the toys sets by LEGO, the world’s largest toy manufacturer.