There’s another planet floating around our solar system. This ninth planet orbits around the badlands beyond Neptune, completing its trip around sun every 10,000 to 20,000 years. The problem is scientists haven’t actually spotted the floating planetary body. However, a group of researchers from France may have narrowed the search area.

Last month, Caltech astrophysicist Mike Brown and Konstantin Batygin announced they “found” Planet Nine through mathematical models and simulations.Astrophysicists have long known the structure of our solar system doesn’t add up. So, based on their models, the two made their case for this Planet Nine in a report published in The Astronomical Journal. 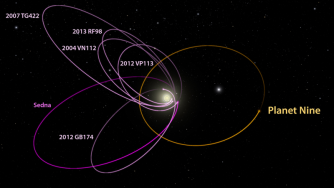 The French researchers believe they may have narrowed the search area by 50 percent. At its farthest point away from the sun, Planet Nine would have little detectable influence over other planets in our solar system. They used data from NASA’s Cassini spacecraft, which is currently orbiting Saturn, and compared this data to a mathematical model calculating how Planet Nine would effect the movements of other planets when near.

“We have cut the work in half,” co-author Jacques Laskar of the Paris Observatory told AFP. Still, eliminating half of a 10,000- or 20,000-year orbit still leaves a lot of space to search. 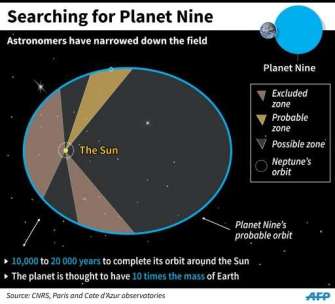 The researchers believe they could make more accurate predictions as to the whereabouts of Planet Nine if Cassini’s mission were to be extended to 2020.

Astronomers believe it could take years (and a very large telescope) to spot the planet, proving its existence through more than mathematical models.

69 percent of the global diet is "foreign," says a study that pinpoints the origin of 151 food crops.
Up Next
Strange Maps

The City States of Europe

Is this a map of Europe's future?