The most common question I received during my decades of vegetarianism concerned protein. People were fascinated that a human could receive adequate supplies of the macronutrient without consuming animal products. This became especially relevant when I dabbled in veganism for two years. Though I never receive that question anymore, the protein question persists, showing a profound ignorance of what constitutes a healthy diet.

Which protein is best is another story, and unfortunately, the answer is quite tribal. Many carnivores often default to the position that meat provides the most beneficial nutrient profile—the very term “protein” is freely exchanged for “meat.” On the flip side, forget about trying to source information from most vegan or holistic blogs. All you’ll (falsely) learn is that meat consumption is the most toxic act imaginable, or other heinous ideas, like eggs being as bad for you as cigarettes.

Stepping into this long-standing discussion, Popular Science recently declared plant protein to be superior. While it certainly may well be—few argue more dietary meat is better as a general guideline—let’s investigate the major points. 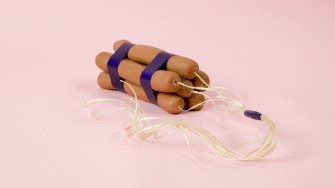 The author, Sara Chodosh, writes that while plants not only have most (but not all; specifically B12) of the nutrients meat provides, one essential carbohydrate is missing from meat: fiber. Duke University cardiology fellow Haider Warraich writes that constipation is an “American epidemic.” Every year, over 700,000 Americans visit the ER due to an inability to defecate. Millions more suffer from this issue.

Diet is the foremost reason, though, as Warraich points out, medications, especially opioids, also cause constipation. Humans need to consume plenty of roughage. Fiber not only helps digestion, Chodosh writes, but also “promotes a healthy gut microbiome and is strongly associated with lower cardiovascular disease risk.” She notes that plants offer more nutrients through fewer calories. For this reason, alone we should consider deriving most protein from plants.

The idea that people who mostly or exclusively eat plants live healthier lives is tough to prove. It’s also relative: I’ve known vegans who smoke cigarettes and predominantly eat processed foods. Chodosh brings up an important point, though: if you take your diet seriously, you’re likely instituting other important practices, like regular doctor visits and exercise. There are certainly plenty of healthy meat eaters, though the odds might be in favor of herbivores.

Anecdotally speaking, most people I encounter in my fitness and yoga classes are carnivores. Yet this should not be an either/or issue. We just have to look at the direction in which the scale is balancing. Given the extreme edges a percentage of the population lives at, which has led to a profound obesity problem, we’re better served eating more plants. 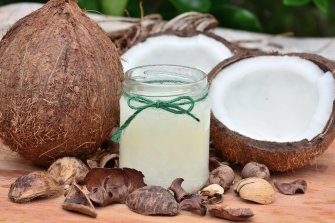 This has been one of the most contentious nutrition issues in recent years, predominantly due to the popularity of high-fat and ketogenic diets. Fat-loving pundits go so far as to advise you to eat entire sticks of butter. Importantly, one study of 18 countries shows that carbohydrates, not fats, are the real problem. This study also noted that low intake of saturated fats leads to a higher risk of death.

How much saturated fats increase dietary cholesterol is open for debate. American Heart Association guidelines on the issue—“In general, you can’t go wrong eating more fruits, vegetables, whole grains and fewer calories”—are vague. True, you don’t want to eat giant chunks of beef fat every day, but evidence against consuming moderate fats is not holding up. Studies that do not take carbohydrates into consideration must be considered void until we can better understand the issue.

The day the World Health Organization announced that red meat is carcinogenic was Christmas for vegans. My social media feed was dominated by the news. At this point, pretty much everything increases your risk of cancer. California was nearly set to label coffee with carcinogen labels, though common sense now seems to be winning.

Chodosh writes that in the relative landscape of carcinogenic materials, red meat falls well below the problems of air pollution, alcohol, and tobacco. My building (and pretty much every other in Los Angeles) features a sign warning that the chemicals inside of the walls might cause cancer. Ever since the Industrial Revolution, the totality of life has become carcinogenic, for better and worse. Of all the arguments against meat protein, this is the weakest.

Should we be cutting down on meat consumption? Given the sheer amount of cruelty we allow, certainly. Our health certainly won’t suffer from eating more plants. Once again turning back the biological clock, meat was long treated as a treat, not a staple. Humans have mostly evolved by eating vegetables, nuts, seeds, and plants. The science is pretty simple. We just allow personal biases to cloud our judgment.

Related
Hard Science
Some earthquakes last for seconds, others for minutes — and a few for decades
What do you call it when the Earth shakes for three decades?
Sponsored
What childhood “money story” is shaping your financial behaviors?
Here are the signs that you inherited “money anxiety” from your parents.
The Present
The “maritime Indiana Jones” who salvages shipwrecks now wants to tow icebergs
Simple physics makes hauling vast ice chunks thousands of miles fiendishly difficult — but not impossible.
Neuropsych
Inside the brains of aging dogs
In a citizen science project, thousands of pet dogs are helping scientists to understand what happens to memory and cognition in old age.
Neuropsych
The most common source of awe might surprise you
It’s us.
Up Next
Politics & Current Affairs
‘Stay safe’: why women are enraged by advice to steer clear of violent men
In the wake of yet another tragic loss of a woman’s life, police predictably advised people to “stay safe” by engaging in a range of “protective” strategies. Why is this a problem?