Not that you’re not already aware, but Google has a new logo. Here’s what it looks like: 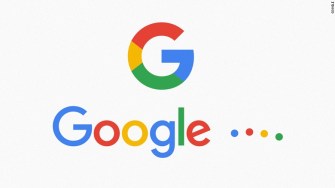 Bow before your new typeface overlord.

For comparison, here’s what it used to look like: 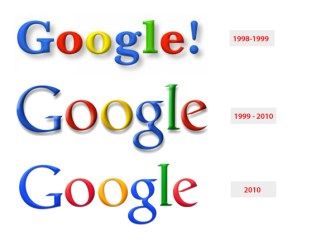 As is natural when a major organization changes literally anything, the peanut gallery has been plenty vocal on whether or not they approve. Putting aside the silliness that is Twitter discourse, it’s important to remember that change to a familiar sight is always going to be a major topic for discussion, and there’s a good reason for this. We’re irrational beings and our goofy reactions to stuff like this are worth an introspective glance.

Many of us have laid eyes on basically the same Google logo at least once a day for the better part of 16 years. That level of consistency means the familiar logo has become more than just something we interact with — in a way it has become a subconscious part of the self — pretty much the Holy Grail of corporate branding. As Erving Goffman would note, sudden shifts in self-perception necessitate a period of grieving, cooling, and analysis. So if anyone tries to approach you and say the changed logo isn’t news, you can go ahead and smack them with a social studies textbook.

But with that in mind, we should also acknowledge the irrationality of the outrage over what is, rationally speaking, an innocuous change. Achieving the aforementioned Holy Grail of branding requires the exploitation of the brain’s irrational impulses. Designers strive to imbue products with personality, which is impossible in real life because they’re inanimate objects, but is totally possible in our minds because we’re wired to associate products with emotions. (As Wired wisely noted, that’s exactly what Google is trying to do with the new logo — communicate the company’s soft, gentle friendliness).

I hate the new #GoogleLogo because it lost its loved character and replaced it with fridge #ChildrenMagnet look. #ChangeBack

A major reason why people like that guy and this guy are both bothered by the new Google logo is because their brains had developed irrational affection to the "loved character" of the old brand. Sure, says the thoughtful human. Anyone who once carried around a security blanket can empathize.

But if we adjust our thinking caps, it's not too difficult to realize that this is all our irrationality speaking. These particular critics are taking emotionless items like typefaces and color schemes and associating them with human traits. Goffman might have volunteered the idea that these folks are in the midst of a grieving process — the loss of a friend — and are self-adjusting.

Either way, it's useful from time to time to step back and think about why we choose the products we do. Where does our brand loyalty come from? Who is exploiting our brain's weaknesses for financial gain? And finally, whether or not it's a good thing we're so wired for irrationality.

Not that irrationality is always bad. Just ask Dan Ariely.

Related
Starts With A Bang
Ask Ethan: What are white holes, and do they really exist?
In General Relativity, white holes are just as mathematically plausible as black holes. Black holes are real; what about white holes?
Life
Strange life forms create an “alien” ecosystem in an abandoned uranium mine
Slimy biofilms made up of bacterial and eukaryotic life forms have taken over an abandoned, flooded uranium mine in Germany.
Hard Science
Earth has an eerie “sodium glow,” and astronomers use it to image stars
Air currents in our atmosphere limit the resolving power of giant telescopes, but computers and artificial stars can sharpen the blur.
Health
How saliva changes the flavor of food
“It’s a liquid, but it’s not just a liquid.”
High Culture
Why are flood myths so common in stories from ancient cultures around the world?
Could the prevalence of flood myths around the world tell us something about early human migration or even the way our brains work?
Up Next
Surprising Science
Infographic: The Key to a Healthy Brain Is a Healthy Digestive System
Scientists are becoming increasingly certain that all the stuff we put through our digestive system is making a major impact on our state of mind.