Soundgarden frontman and all-around good dude (quick note: your correspondent here met him briefly) Chris Cornell was found dead this week at 52 of an apparent suicide. He had just played a show at Detroit’s Fox Theater and seemed “in good spirits” according to those with him that night.

Curiously, despite the coroner ruling his death a suicide, his wife has suggested that his death might be due to a possible overdose of Ativan, a popular anti-anxiety medication. Kirk Pasich, an attorney for the Cornell family released a statement on behalf of Chris’s widow, Vicki, saying:

“Without the results of toxicology tests, we do not know what was going on with Chris — or if any substances contributed to his demise. Chris, a recovering addict, had a prescription for Ativan and may have taken more Ativan than recommended dosages.” 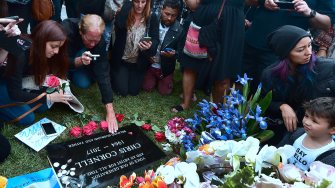 Fans visit the grave of Chris Cornell at Hollywood Forever Cemetery following a funeral service earlier in the day for the Soundgarden frontman on May 26, 2017 in Los Angeles, California. (Photo credit FREDERIC J. BROWN/AFP/Getty Images)

Furthermore, Vicki also said that before the Detroit show Chris had been making plans for the upcoming Memorial Day holiday, and yet after the show he was slurring his speech and acting, in her words, “different,” adding, “When he told me he may have taken an extra Ativan or two, I contacted security and asked that they check on him.” Medical studies do show that Ativan can lead to suicidal thoughts and slurred speech, something that Chris (according to Vicki’s account) was dealing with the night he allegedly took his own life. 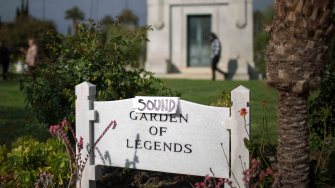 Ativan works by enhancing the effects of GABA, a chemical that the brain already makes, and is sometimes used to sedate patients before surgery. It is more widely used as an anti-anxiety and anti-seizure medication. With over 28 million prescriptions in 2011, it is also the 5th most popular medication prescribed by psychiatrists, but has a strong danger of being abused due the addictiveness of the active ingredient, Lorazepam.

Ask Ethan: Can the Universe still end in a Big Crunch?

A ‘Big Bounce’ requires a recollapsing phase (i.e., a Big Crunch) followed by an expanding phase (which looks like a new Big Bang). Image credit: E. Siegel, derivative from Ævar […]