The legend of the yeti, or “abominable snowman,” has been one of our more durable cryptozoological mysteries. The image of an primeval, solitary humanoid glimpsed through the swirling snows of the Himalayas has made its way into many a tale, and even into a Saul Bass movie or two.

What are believed to be yeti remains have been found from time to time by mountain villagers, adding to mystique of the elusive creature, or creatures. Now, after collecting as many yeti bits as could be found and doing a thorough DNA analysis, the riddle has been solved: what people have likely witnessed in the snows are actually several species of bears, and mostly Himalayan brown bears. 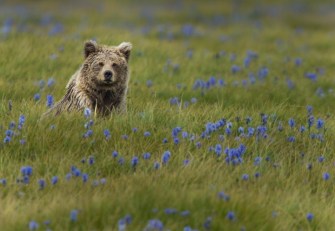 A Himalayan brown bear outstanding in his field, far away from snow (U.S. EMBASSY PAKISTAN)

A few months back, a different study by Brian Sykes came to a slightly different conclusion, using what the new study’s lead researcher, Charlotte Lindqvist, says was faulty science that somehow still managed to get pretty close — she has issues with taking the insight gleaned from one mitochondrial gene a bit too far. Sykes had identified the yeti as being an ancient polar bear living between 40,000 and 120,000 years ago. Lindqvist says nope: They’re Himalayan brown bears, and they’re still around, if endangered.

Tracking down the origins of the yeti legends has never been an obsession of Lidqvist’s, or even much of an area of interest. Her speciality is studying the evolution of polar bears. What did excite the biologist, though, was an offer from Animal Planet to fund a trip to the Himalayas to collect samples of fur and bone. They sought the Abominable Snowman; she sought biological samples. 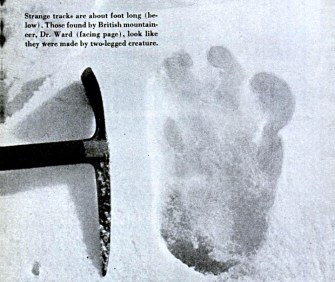 Lindqvist was able to sequence a number of “yeti samples”:

Research colleagues also supplied her with suspected yeti bone, hair, and scat for sequencing. It was all bears except the dog.

Lindqvist suspects some of the samples she sequenced using the entire mitochondrial genome were the same ones Sykes looked at — she says they’re really Himalayan brown bears.

The Himalayan brown bear branched off from other bears some 650,000 years ago when cut off from the rest of the world by glacial ice. Some have apparently never come in from the cold.

By studying the dwarf galaxy Wolf-Lundmark-Melotte ~3 million light-years away, JWST reveals the Universe’s star-forming history firsthand.
Up Next
Mind & Brain

To Convince Someone, Talk, Don’t Write

A study finds that conflicting points of view are more likely to lead to dehumanizing others if they’re written and not spoken.