As Americans crawl, battered, into 2017, it can feel like there’s not much right with the world: The exceptional number of heroes we lost, the ugliest, most divisive U.S. presidential campaign in memory, and long-standing problems — racial and economic inequities, climate change — seeming to get worse, not better. But look closer. There are, as there have always been, caring people out there giving of themselves. The message their work sends is clear and so sorely needed that it can bring tears to your eyes: If we just do what we can do, even — or maybe especially — on a local level, there’s still reason to be hopeful for us all.

The KIND Foundation is a charitable 501(c)(3) organization founded by health-food brand KIND Snacks, and in 2016 they initiated a search for “KIND People,” exceptional individuals supporting their communities in profound, and often ingenious, ways. The Foundation received almost 5,000 nominations, with each story “more beautiful than the next.” In the end, seven people were selected as recipients of prizes in recognition of their contributions. Six of them each received $100,000, and the grand-prize winner was awarded $500,000.

The foundation has teamed with Soul Pancake to produce some videos that movingly present the work of three of their awardees. I don’t know about you, but I badly needed to be reminded that people like these are still in the world.

The KIND People grand-prize winner is San Francisco’s Doniece Sandoval, founder of Lava Mae. Her organization meets such a simple, obvious need that it’s amazing it wasn’t already being addressed for San Francisco’s large homeless population. Lava Mae’s slogan is “one shower at a time.” Of course: If you have no home, you have no reliable access to basic hygienic services like a bathroom or a shower. Being homeless is shattering enough without losing the ability to at least feel human. Lava Mae started with the conversion of buses into showers and bathrooms, and now brings groups of service providers together as free Pop-Up Care Villages for the homeless.

Healing Broken Circles is a program run by Jo Dee Davis for prisoners at Marion Correctional Facility in Ocala, Florida. It employs writing, poetry, yoga, theater, and discussion to help rebuild the self-worth of men the world has long-ago given up on. “I’m told by a lot of people that these guys aren’t worth it,” Davis tells the camera. The sight of this middle-aged woman among a group of seemingly hardened criminals is as unsettling as it is encouraging. But this is the just kind of thing you have to do if you care about and want to help heal people who’ve led lives like these men have.

KIND Is… Standing Up for Others

With the horrors of Flint, Michigan’s water problems, it’s easy to forget that the supply of water is every bit as dire in nearby Detroit. Monica Lewis-Patrick is CEO and co-founder of We the People of Detroit. Water fees in the city are so astronomical that there’s basically no way for many families to keep up, and the water’s been turned off in tens of thousands of homes since 2013. Her group operates a water-cutoff hotline, performing a “water drop” at a house if necessary. They also run “water stations” around the city where free water’s available to those who need it. Last year, 125 tons of water was handed out. One of the group’s work chants goes, “When our water is under attack, what do we do? We stand up and fight back!”

The remaining 2016 KIND People winners also exhibit a powerful commitment to their communities. 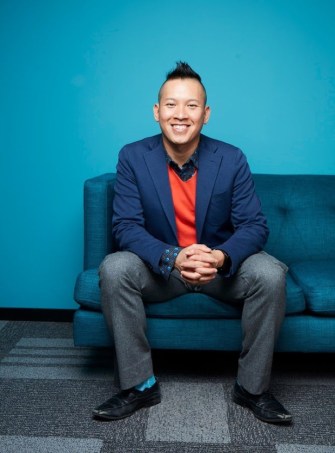 Lam Ho is founder of the Community Activism Law Alliance (CALA), an organization offering legal assistance to underserved communities. CALA specializes in obtaining green cards for undocumented immigrants, assisting survivors of brutal domestic violence, laborers, and helping sex workers who are fighting to hold onto or restore custody of their children. 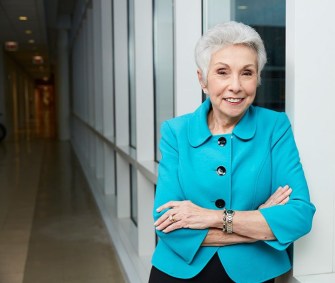 Dr. Sandra Goldberg a breast-cancer survivor, founded the A Silver Lining Foundation. Their Buy a Mom a Mammogram program addresses the entire spectrum of breast health for the uninsured, and, should cancer be found, partner organizations cover all costs of treatment. They’ve helped over 3,300 women so far. 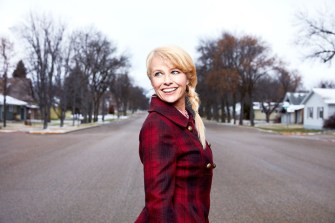 Jodi Rae Ingstad is the staff “joyologist,” at Griggs County Care Center nursing home in Cooperstown, North Dakota. Described as “a beating heart of uncanny empathy” she says, “This is their home,” of the residents, “and I get to come and brighten every moment. It’s my thing to make everyone happy, every minute of every day.” 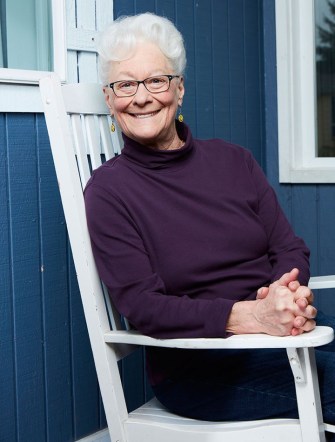 Phyllis Shaughnessy is 75, and the former Head Start teacher is the force behind Green Lantern Lunches, a food organization she developed that serves meals to low-income families across the state of Washington. They currently deliver 205 lunches every weekend; last summer, they delivered 16,919 meals.

So where could we wind up if more of us invested in kindness like these people have? It’s an intoxicating thought. As Davis says, “Kindness involves thinking about another person. Kindness involves acting from your heart. Being kind is an action.”

An inclusion expert explains why women of color are held back.
▸
7 min
—
with
Ruchika Tulshyan
Up Next
Personal Growth

What’s Lost In a World That No Longer Walks

Beyond being healthier, walking offers numerous social and cognitive benefits as well.