Using results from Medicare Part D data, scientists have found yet another correlation between medical marijuana availability and a reduction in opiate usage, and have published two separate studies in JAMA Internal Medicine. Both studies establish what the American Medical Association also did in 2014:

“These findings further strengthen arguments in favor of considering medical applications of cannabis as one tool in the policy arsenal that can be used to diminish the harm of prescription opioids,” Ashley C. Bradford, W. David Bradford and Amanda Abraham of the University of Georgia.

Medicare Part D is an optional prescription drug benefit plan for those enrolled in Medicare. It covers more than 42 million Americans, including those 65 or older. That makes it easier to study large groups of people who are receiving prescriptions from doctors. 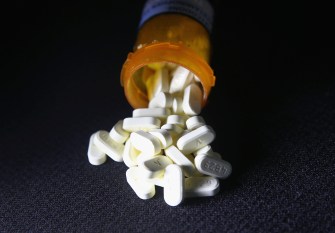 Further, when actual dispensaries were opened (where people can access marijuana in various forms), prescriptions for all opioids decreased by an incredible 3.742 million daily doses per year.

This is an important statistic, because some states have approved medical marijuana but access to it through dispensaries is spotty; this means some folks, especially older Americans, cannot easily obtain it. For more on the various laws by state, go here.

Given that opioid-related mortality increased by nearly 16 percent from 2014 to 2015, and increased 320 percent between 2000 and 2015, it’s a timely study that needs to be paid attention to—big pharma be damned. 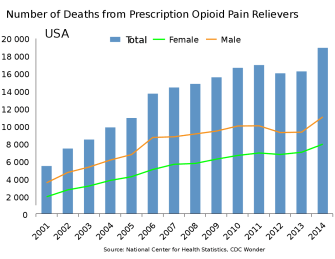 It’s actually a pretty simple concept: It’s impossible to die from an overdose of marijuana alone, but the likelihood of doing so from opiates is very real.

One of the key ways medical marijuana can be effective in reducing opiate harm is that it has a unique supplemental effect: Cannabis, especially Cannabis indica, can supplement the pain-relieving effect of opiates to a point where the patient doesn’t feel the need to over-medicate with the opiate. It’s pretty remarkable.

There will be more studies, and as more states realize the tax revenue and medical benefits of cannabis, more states will gain either medical or recreational marijuana legalization—even some conservative states.

Related
Life
Scientists use CRISPR to insert an alligator gene into a catfish
Disease kills off 40% of farmed catfish. This gene protects them.
Neuropsych
How you breathe affects your brain
Your breathing rhythm influences a wide range of behaviors, cognition, and emotion.
Health
What happens when regular porn watchers abstain for a week?
Researchers watched for signs of withdrawal — but didn’t find any.
Neuropsych
Daily caffeine intake temporarily alters your brain structure
Compared to people who took a placebo, the brains of those who took caffeine pills had a temporarily smaller gray matter volume.
Thinking
Why you should laugh at yourself, according to Seneca and Nietzsche
“It is more human to laugh at life than to lament it.”
Up Next
Starts With A Bang
Winners And Losers In NASA’s Budget For 2018 And Beyond
Congress refused the majority of Trump’s proposed cuts to NASA’s budget. But many uncertainties remain.On March 21st, 2018, both branches of Congress passed the United States’ Consolidated Appropriations Act, finalizing […]