There’s excitement in the physics community over a couple of new particles: One they may have observed, and a theoretical description of another that would solve a vexing galactic mystery.

The first one may or may not really exist, but evidence for it has been accumulating since last year. “If this thing is true, it’s huge. It’s very different than what the last 30 years of particle physics looked like,” according to theoretical physicist David Kaplan of Johns Hopkins. In 2015, two separate teams found the same unexpected spikes of high-energy photons (light particles) in the Large Hadron Collider at CERN. Discovered inside debris from proton-on-proton collisions, these could be signs of a particle similar to the Higgs boson, but 12 times heavier. While they could well be a fluke, the fact that both the CMS and ATLAS teams picked up the spikes is tantalizing. 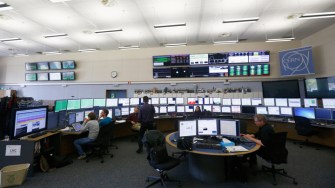 What’s weird about this is that it may indicate a “750-billion-electron-volt beast decaying to two photons,” as Caltech’s Maria Spiropulu put it. And this is not something physics predicts as possible. The ATLAS team detected 40 unexplained pairs of protons and the CMS team 10, and since this is out of 400 trillion proton collisions, the mystery particle is either really rare, or an error.

As more data is now being collected by the teams, 300 papers proposing explanations for the phenomenon have been written and are awaiting review at arXiv.org, and four newly published papers distill the most popular theories about what’s going on. 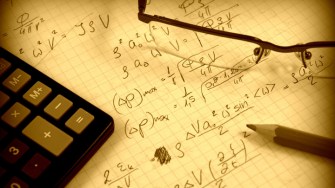 The second particle is just theoretical at this point, but it could explain what happened to all of the lithium physicists have long expected to be left over from the start of the universe. They’ve been able to accurately predict the amount of helium and deuterium created by the “Big Bang nucleosynthesis,” but their equations also predict an amount of lithium they just can’t find. Edwin Cartlidge at Physics World explains of the Big Bang: “This process generated deuterium, large amounts of helium-4 and smaller amounts of helium-3—the latter two combined to create beryllium-7, which eventually decayed to lithium-7.” But there’s two to five times less of it than there should be. Where’d all that lithium go? 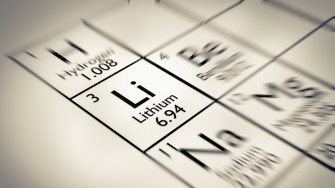 The newly proposed particle, “Particle X,” would have to be electrically neutral, stable, and interact strongly with protons and neutrons. Maxim Pospelov of the Perimeter Institute, Waterloo, Canada suggests Particle X could have reduced the amount of lithium in either of two ways: by breaking up beryllium nuclei before they could form lithium, or by releasing neurons from deuterium that would destroy lithium. Pospelov says his team’s proposal for Particle X could also be describing the suspected mediator particle between normal and dark matter.

One seen—maybe—and one definitely not, but these two particles have segments of the physics community buzzing. Scientists’ understanding of physics is clearly still in its infancy compared to all there is left to figure out.

Related
Sponsored
What childhood “money story” is shaping your financial behaviors?
Here are the signs that you inherited “money anxiety” from your parents.
The Present
The “maritime Indiana Jones” who salvages shipwrecks now wants to tow icebergs
Simple physics makes hauling vast ice chunks thousands of miles fiendishly difficult — but not impossible.
Neuropsych
Inside the brains of aging dogs
In a citizen science project, thousands of pet dogs are helping scientists to understand what happens to memory and cognition in old age.
How to fix your money trauma
Do you remember feeling “money shame” for the first time?
▸
7 min
—
with
Dr. Brad Klontz
Neuropsych
The most common source of awe might surprise you
It’s us.
Up Next
Starts With A Bang
Why Mercury isn’t the Solar System’s hottest planet
At its hottest, the closest world to the Sun reaches up to 800º Fahrenheit. But another has it beat.“There is no question that climate change is happening; the only arguable point […]