Nazis came to believe a lot of strange and horrific ideas as they built up their Third Reich and attacked the world. One of the weirdest was the theory about the creation of the universe that Hitler and other top Nazis promoted called the World Ice Theory (“Welteislehre” aka just WEL) or Glacial Cosmology (“Glazial-Kosmogonie”).

This obviously discredited concept was developed by the Austrian engineer and inventor Hanns Hörbiger. In a 1912 book, he essentially claimed that ice is the basic element in all cosmic events. In fact, ice moons, ice planets and also “global ether” (made of ice) controlled the development of the universe, according to Hörbiger.

How did the Austrian arrive at such conclusions? Not through research but by having a “vision”. One day in 1894, Hörbiger was looking at the moon and suddenly hypothesized that it was made of ice. What else could account for its brightness and round shape? Later he had a dream where he was floating in space while staring at a swinging pendulum which grew longer until it broke off. “I knew that Newton had been wrong and that the sun’s gravitational pull ceases to exist at three times the distance of Neptune,” wrote the inventor.

After he met the amateur astronomer and schoolteacher Philipp Fauth, who was known for creating a large lunar map, the two collaborated on explaining the ice theory in the book Glazial-Kosmogonie, published in 1912. 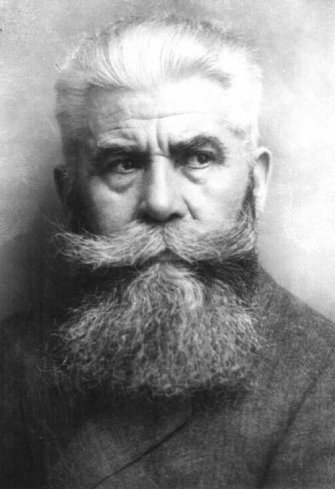 The gist of their idea was that the solar system was born of a gigantic star into which had crashed another star, which was dead, but filled with water. The resulting explosion threw the smaller star’s bits all over interstellar space, where water condensation froze them into enormous blocks of ice. A ring of such blocks created what we know as the Milky Way as well as a host of other solar systems. The large outer planets of our system are that size because they swallowed a large number of ice blocks, says the theory. The inner planets like Earth haven’t consumed as much ice but get pummeled by ice in the form of meteors.

The theory also says that our current moon is not the first one we’ve had. In fact, several other ones (made of ice, of course) were destroyed by crashing into Earth. Offshoot ideas by Hörbiger’s followers actually linked the flood described in the Bible and Atlantis’s supposed existence and destruction to the fall of prior moons.

When someone criticized his ideas, for example stating that they don’t make sense mathematically, Hörbiger responded with such statements as “Calculation can only lead you astray.” If any visual evidence was presented against his theory, the Austrian engineer dismissed such pictures, saying they were faked by “reactionary” astronomers. You know, fake news.

In a telling answer to the rocket expert Willy Ley, Hörbiger proposed that “Either you believe in me and learn, or you will be treated as the enemy,“ according to Martin Gardner’s 1957 bookFads and Fallacies in the Name of Science. 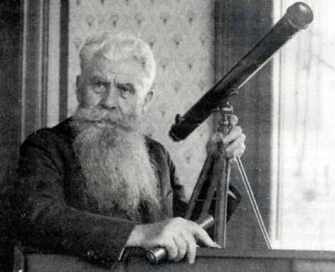 While the ideas didn’t find immediate acceptance, Hörbiger’s efforts after World War I to publicize their theory eventually paid off. He created a whole movement, promoting the ice world vision through societies, public lectures, movies, radio program, magazines, and novels.

One of the reasons for the eventual spread of his ideas is that Hörbiger positioned them in opposition to mainstream science. In the German society of the time, iconoclastic ideas were bound to find willing ears. One of the early supporters of the WEL theory was Houston Stewart Chamberlain, who was a leading theorist of the developing National Socialist Party (the Nazi Party).

After Hörbiger’s death in 1931, his followers decided to line up their views even more with National Socialism. The Ice World Theory became the “German antithesis” to the “Jewish” physics and, specifically, to the theory of relativity, developed by Albert Einstein. Supporters of the theory were known to say such things as: “Our Nordic ancestors grew strong in ice and snow; belief in the Cosmic Ice is consequently the natural heritage of Nordic Man.” 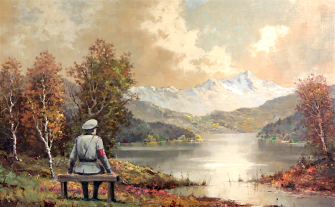 Interestingly, they also saw the fact that these ideas were coming from unprofessional “scientists” as a vindication of amateurism. In fact, the Führer himself was also an amateur who was going to save their race and change the world, according to this line of thinking.

“Just as it needed a child of Austrian culture – Hitler! – to put the Jewish politicians in their place, so it needed an Austrian to cleanse the world of Jewish science,” supporters were quoted to say. “The Führer, by his very life, has proved how much a so-called ‘amateur’ can be superior to self-styled professionals; it needed another ‘amateur’ to give us a complete understanding of the Universe.”

Indeed, along with Heinrich Himmler, one of the most powerful Nazis (in charge of the SS) who took a liking to the ice world thinking, Adolf Hitler himself became a big proponent of WEL. In fact, Hitler planned to build a planetarium in Linz where a whole floor would be dedicated to Hörbiger’s theory. He is also known to have suggested that the World Ice Theory could one day replace Christianity. With such powerful backing, Hörbiger’s ideas spread widely throughout Nazi Germany, with the German Hörbiger Organization enlisting thousands of members.

After World War 2, the theory understandably waned in its influence. It experienced small resurgences occasionally as if to remind us that personal belief is generally not science and if you build a whole philosophy just because you don’t like the people who came up with much better (and provable ideas), you are bound to end up in the dustbin of history.

Related
Neuropsych
Psychology studies that go viral are likelier to be bogus
A new 20-year analysis of over 14,000 psychology studies finds that a study’s media coverage is negatively linked to its replicability.
The Future
How a device transmits radio waves with almost no power
Apart from the energy needed to flip the switch, no other energy is needed to transmit the information.
The Present
Radical idea: Redraw the U.S. map as a nation of city-states
While cities drive national economic growth, their political geography means they cannot effectively deal with inequality, poverty, and other socioeconomic problems.
The Learning Curve
Why do high IQ people stagnate in their careers? Emotional intelligence
Research suggests that emotional intelligence is more vital for success than IQ.
The Present
Even in the age of AI, some problems are just too difficult for computers
Computers are growing more powerful and more capable, but everything has limits
Up Next
Technology & Innovation
Elon Musk gets permit to build a hyperloop between New York and D.C. Next up, Chicagoland!
The construction, if and when it happens, could take five or more years.