In 1817, English surgeon James Parkinson reported that some patients with a condition he referred to as ‘shaking palsy’ suffered from constipation. The disease has been named after him ever since and in one of the six cases he described, helping to alleviate that patient’s gastrointestinal complaints also helped some with the movement-related problems of the very same patient.

In fact, today, new evidence is pointing to the stomach and gastrointestinal tract as a possible solution—or, at least, part of one—for those suffering from the disease.

Just over half of all Parkinson’s patients have constipation as one of the common symptoms of the disease. 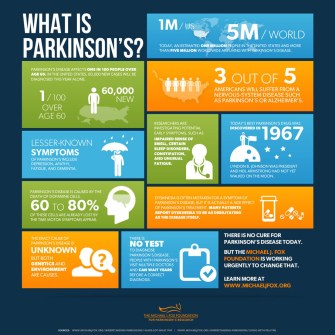 For a number of years, studies focused pretty much exclusively on the brain as the central cause of Parkinson’s. Specifically, scientists focused on the loss of neurons producing dopamine, a molecule involved in movement as well as some other functions. That evolved into a focus on alpha-synuclein, a protein that twists into an odd shape in Parkinson’s patients.

That finding led to a 2003 theory by neuroanatomist Heiko Braak of the University of Ulm in Germany. He and his fellow researchers were led back to the original idea, by Dr. Parkinson himself, that the root cause might be in the gut.

And that theory, ultimately, was because of the post-mortem study of patients, wherein it was discovered that Lewy bodies, which are clumps of alpha-synuclein, appeared in both the brain and the gastrointestinal nervous system that relates to gut function.

That’s where it gets even more interesting—as yet, it’s unsolved just how the Lewy bodies travel to the brain, but there’s strong evidence that they travel through the vagus nerve, which is a bundle of fibers connecting the brain stem to the major bodily organs, including the gut.

“Even if the pathology [of Parkinson’s] is very much driven by brain abnormalities, it doesn’t mean that the process starts in the brain,” says Michael Schlossmacher, a physician at the Ottawa Hospital Research Institute.

Some strong evidence also leads to the concept that intestinal and gut inflammation might be responsible.

1) Patients with Crohn’s disease, also known as ulcerative colitis, are 28 per cent more likely to develop Parkinson’s, indicating genetic links to the disorders.

2) Patients treated with drugs that reduce inflammation—known as tumor necrosis factor inhibitors—caused a 78 per cent drop in neurodegenerative disease.

The full truth of what actually happens in Parkinson’s patients is still being discovered and researched, but these are tantalizing clues.

Related
Thinking
“Give a f***, actually”: The surprising benefits of being grateful for things you dislike
Radical Emotional Acceptance calls on you to celebrate all of life’s emotions — even the negative ones.
Thinking
Visual thinking: How to understand the inner lives of animals
Humans are good visual thinkers, too, but we tend to privilege verbal thinking.
Strange Maps
The world’s longest straight line connects Portugal to China
It’s nearly 20,000 miles long.
The Well
This is what the fourth dimension looks like
Left–Right, Back–Forth, Up–Down. What’s the fourth dimension?
▸
3 min
—
with
Brian Greene
The Past
How the death of alchemy gave birth to modern science
Far from practicing witchcraft, the experimentation of medieval alchemists helped bring about the Scientific Revolution.
Up Next
Surprising Science
Cognitive scientists define critical period for learning language
A new study performed at MIT suggests that children remain very skilled at learning the grammar of a new language much longer than expected.