If a member of your family sleepwalks, or you do, most of the time it’s nothing so much as odd, and sometimes comical. For some though, it’s a different thing. Welsh-Australian artist Lee Hadwin is only creatively productive when he’s asleep — the rest of the time he has no special talent for sketching, his métier. (How appropriate he exhibits at the Rise Gallery.)

Sleepwalkers can also be a danger to themselves (poor Olive Oyl), or violent to others: Toronto’s Kenneth Parks who drove, asleep, 23 kilometers in 1987 to brutally murder the mother-in-law with whom he had a fond waking relationship.

The number of people who sleepwalk is around 4%, and it’s on the rise, partially due to sleep medicines like Ambien. Philip Jaekl, writing for Aeon, explains what the latest science suggests is happening when people exhibit this uniquely human characteristic.

Scientists believe sleepwalking occurs when two areas of the brain — the limbic region of the brain that deals with raw emotions and the area of the cortex that manages complex motor activity — remain awake while the areas that would otherwise mitigate their primitive impulses — notably the frontal cortex (rationality) and hippocampus (memory) — sleep. EEGs reveal alpha-wave patterns that signify activity in the first two areas, while the frontal cortex and hippocampus emit a snoozy delta wave. This means that, as Lino Nobili, a sleep researcher at Niguarda Hospital in Milan, tells Jaekl, a sleepwalker’s “…behavior is regulated by a kind of archaic survival system like the one that is activated during fight-or-flight.” 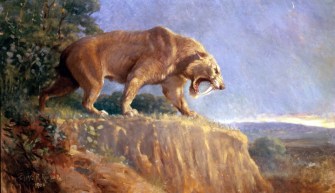 This association with the most basic survival response — escape — may offer the key to how this could happen in human brains. As we evolved, it may have been a critical fail-safe system for us to sleep “with one eye open,” (not literally) in dangerous situations, ready to bolt should a threat present itself. Jaekl cites research that shows one brain hemisphere remains partially awake even in a modern person sleeping at night for the first time in a new place.

Jaekl mentions he’s experienced this sleeping-sentry behavior after creeping up close to a sleeping deer, who somehow instantly righted itself and took off once Jaekl’s presence nearby was sensed. Certainly, anyone who’s been mauled after attempting to pet a sleeping kitty has seen this behavior, too. 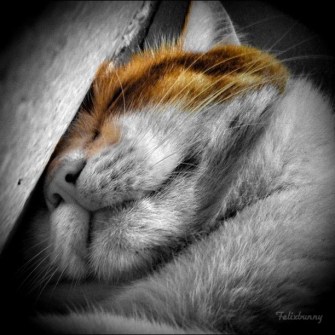 In humans, our motor system seems designed to wake up before the rest of the sleeping brain. Nobili tells Jaekl, “During sleep, we can have an activation of the motor system, so although you are sleeping and not moving, the motor cortex can be in a wake-like state — ready to go. If something really goes wrong and endangers you, you don’t need your frontal lobe’s rationality to escape. You need a motor system that is ready.”

Obviously, in people who sleepwalk, the wakefulness balance between the two brain systems is not in equilibrium. But as for how and why the brain can even do this, it may the answer is simple: It’s a modern-day manifestation of an ancient, built-in mechanism that helped keep our sleeping ancestors alive.

While becoming a monk is an evolutionary dead end for the individual, celibacy reaps benefits for the group as a whole.
Health

It’s simple to make, easy to use, and should work against any variant.
The Present

As technology advances, the use of laser weapons in space becomes more likely.
The Future

Uploading your mind is not a pathway to immortality. Instead, it will create a possibly hostile digital doppelgänger.
High Culture

Rare and costly paints have shaped art history in unforeseen ways. Mummy brown caused one artist to bury his paint.
Up Next
Hard Science

How can we stop extinction? One solution scientists have been developing for decades is de-extinction — the process of resurrecting extinct species through genetic engineering.