In May 2016, Bee Informed and Apiary Inspectors of America released their report on the health of the US honeybee population. The annual study was funded by the U.S. Department of Agriculture (USDA) and surveyed both small-and large-scale beekeepers to learn about the health and survival rates for their bees in the period from April 2015 to March 2016. The news is not good.

Terrifying, really, when you consider how important honeybees and the other 4,000 bee species are to the earth’s 250,000 types of flowering plants. Bees pollinate 75% of the fruits, nuts, and vegetables we eat. 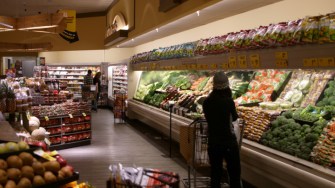 They’re the secret stars of the produce aisle, and an absolutely critical link in the food chain. As Dennis vanEngelsdorp, a University of Maryland bee expert recently told the Associated Press, “Everything falls apart if you take pollinators out of the game. If we want to say we can feed the world in 2050, pollinators are going to be part of that.”

But out of the game they may be going. The Bee Informed report revealed that beekeepers lost 44.1% of their colonies during the period it covered. That’s 3.5% worse than last year, which may not seem like much, but it’s getting to be like Zeno’s Paradox, where you travel halfway to the end of a journey, and then halfway again, and so on. A handful more years of this kind of colony loss and we’re essentially done.

And of course, environmental experts consider the bees to be the “canaries in the coal mine” when it comes to how animals in general are dealing with environmental stresses and what that means to our food supply. 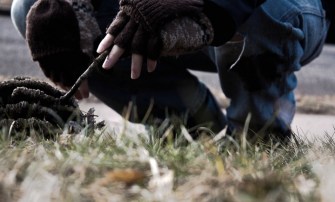 What’s especially disturbing to beekeepers is how many bees they lost during the summer that’s historically kinder to bees. While winter losses jumped from 22.3% the previous year to 28.1 last year, the even bigger shocker is that the summer loss rate matched that higher winter figure. This has only happened once before. Guess when? Yep, last year.

The United Nationsraised the alarm in February 2016. It reported that two out of five invertebrate pollinator species—among which are bees, butterflies, wasps, and beetles—are heading for extinction. Vertebrate pollinators—hummingbirds, bats, and the like—are doing only a little better, with one in six species disappearing. The UN report says that the 20,000 or so pollinating species are responsible for hundreds of billions of dollars in crops each year.

Actually, native bees—not honeybees, which were brought from Europe—do most of the heavy lifting, since honeybees don’t pollinate tomato or eggplant flowers, and aren’t awesome with native plants like pumpkins, cherries, blueberries, and cranberries. Even so, we gauge the health of the overall bee population by how honeybees are doing since they’re the ones humans breed and can track. Sadly, it’s believed that wild bees are doing even worse. 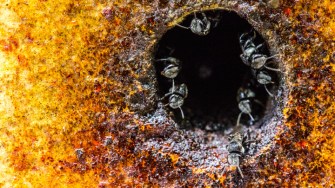 So what’s causing this disaster in the making? According to the UN report, it’s probably not one thing, and there’s no shortage of suspects:

Organizations like the Xerces Society for Invertebrate Conservation are raising funds to promote conservation of bees and their habitats. They’ve already improved 186,000 acres of pollinator habitat. Xerces is also partnering with Whole Foods to raise awareness. (Spoiler Alert: Guacamole without pollinated avocados is lime soup with pepper.) The store is offering pollinator-friendly food options, such as almond butter grown in orchards planted with wildflowers so bees can eat survive year-round and commercial bees don’t have to be trucked in during the winter when almonds are in flower.

It turns out it’s hard to make work at an Amazon warehouse fun.
Up Next
Strange Maps

The Great Irony of the European Immigrant Crisis in One Map

Mass migration is nothing new; the ancestors of modern Europeans themselves came from the Middle East.