Two days ago the normally reasonable newspaper The Guardianpublished one of the most irresponsible and ill-thought-out health claims in years, perhaps since the MMR-autism scandal. The Guardian‘s harrowing video account describes the apparently mortal risk of taking hormonal contraceptives. The extremely emotive video contains footage of blood, guts, and open surgery as well as heart-wrenching accounts of parents who tragically have lost children who were taking contraceptives.

The entire film is emotive and compelling, but only spends a minuscule amount of time buried at the end of the video actually describing the risk. When it does describe the risk, it conflates the risk of getting a blood clot with the risk of death, citing the father of a girl who was taking the contraceptive pill at the time of her death saying: “If you had a room full of 10,000 women … a few of you in this room are going to die from this.” The report even likens the risk to the risk of death by smoking.

“This needs to have a big old label, right on the front, like cigarettes say — this can kill you — this needs to say the same thing.”

Last year the British National Health Service (NHS) responded to the scare, then raised by the Daily Mail, describing the coverage as “poor and puzzling”. As the NHS explains, the risk in a given year that someone will have a blood clot is normally two per 10,000. Depending on the type of contraceptive, that risk rises ever so slightly to up to 13.7 cases per 10,000 people. Let’s visualize that: 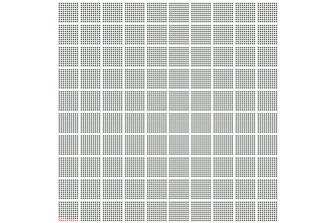 For comparison, the risk of death from smoking is visualized below. Smoking causes one in five of all deaths (in the US):

Note not just the gigantic difference in risk, but the many caveats. Smoking currently causes one in five of all deaths in the US. Not just the deaths of one in five smokers – most people don’t smoke, but smoking is so dangerous it still causes one in five of all deaths. Hormonal contraceptives on the other hand cause the risk of blood clots, which in rare cases may lead to death, to increase by a small fraction of a percentage point.

In hell, we assume a position of moral superiority, looking down over the sinners and the poor decisions that led them to this wretched place. In heaven, Dante is looking down upon us.
Up Next
Culture & Religion

Stress in Low-Income Families Set Kids at a Disadvantage

Increased stress from an unstable home environment can stunt cognitive growth, leaving kids at a disadvantage before they even begin kindergarten.