When we look at ourselves in the mirror we think we see one solitary organism staring back at us. But the fact is you are never alone, at least not on the biological level. Scientists are discovering that we are more than mere hominids roaming the earth, but entire ecosystems inhabited by trillions of microscopic organisms in thousands of different varieties, and perhaps even ten times that many. For every human cell in our body there are 10 microbes that inhabit it. But these are so tiny that 98% of our body weight comes from human cells. Our first understanding that microorganisms might inhabit the body came in the 1860s through Louis Pasteur’s germ theory.

Since that time, bacteria, viruses, and fungi in human systems have mostly been considered negative and disease causing. This despite the discovery of helpful bacteria in the intestines of children by Austrian pediatrician Theodor Escherich in 1898. Still, it wasn’t until the 21st century that our attitudes towards microorganisms in the body began to change. After evidence of beneficial bacteria began piling up, The Department of Health and Human Services (HHS) launched the Human Microbiome Project (HMP), beginning in 2008.

This five year international study established the importance of the microbiome, categorized specific fauna, and created a database containing species which have been studied and classified. Today, we know that helpful bacteria aid in digestion, help to regulate metabolism, boost the immune system, produce neurotransmitters which ward off depression, and so much more. 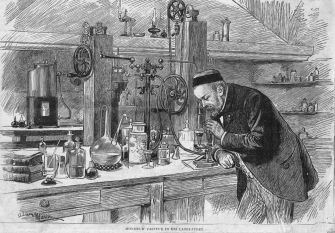 We now know with certainty that 100 trillion bacteria inhabit our guts, skin, noses, upper respiratory area, armpits, and genitals. Some are good, some bad, and some indifferent. A healthy variety and balance is key. A lack of gut fauna has been implicated in a vast number of different conditions, and probiotic therapy, though in its seminal stages, is being developed to address a host of illnesses. But such discoveries are just beginning. Researchers have recently found strong evidence that colonies of helpful viruses also inhabit human systems, something that is being called the “virome” or viral biome.

Published in the journal Nature, a team of microbiologists from NYU’s Langone Medical Center in Manhattan have discovered viral colonies that play a role similar to those helpful bacteria inside the gut. Assistant professor Ken Cadwell and his team studied mice for two years in order to make this discovery. Though the norovirus is mostly known to cause food poisoning, a certain kind, known as the murine norovirus (MNV) was able to heal inflamed and damaged intestinal tissue and improve the gut’s immune system after the subjects’ microbiomes had been decimated with antibiotics. 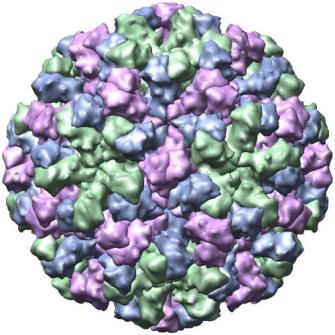 MNV was also found to boost the mice’s immune system to defend tissue against damage. Previous work had found genetic traces, suggesting the existence of a virome, but Cadwell and colleagues were the first to validate this theory. It wasn’t known until now if the presence of such viruses was natural or not, and if they were helpful, harmful, or had no effect on their host.

Cadwell called the results of the study “compelling.” He said it was the first time we had evidence on viruses within a host that promote health. One of the mysteries of medical science has been how people often become infected viruses yet do not develop any illness. But just as with bacteria, not all viral infections are bad, and some may be required to maintain optimal health. Cadwell adds, “The finding lays the groundwork for further research on precisely how the virome supports the immune system, which likely applies to humans, as well.” 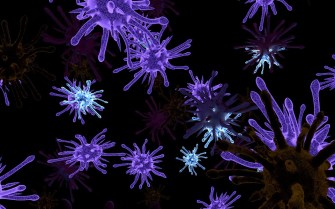 In this study, researchers used mice who were genetically engineered to be susceptible to inflammatory bowel disease (IBD), which causes inflammation in the intestine. Though the origin of IBD is not yet known, researchers believe it has something to do with an interaction between the immune system and bacteria in the microbiome. These mice were raised in a sterile environment and made to lack crucial gut bacteria. In this way, their intestine and immune system were underdeveloped. These mice were then fed MNV.

The gut walls of the mice were thin and shrunken at the outset. Their immune systems also lacked T-cells and B-cells. These mice were kept in a sterile environment and were not exposed to any other microbes. After feeding MNV to the mice, their immune systems were invigorated almost to the point where they became normal and their intestinal walls thickened to where they were completely restored. Subsequent testing found that MNV was the driving force behind these improvements. Cadwell and his team also found evidence of interaction between the immune system and the virus.

A second leg of the study used normal mice who were fed MNV after their microbiomes had been obliterated with antibiotics. The mice’s T-cell count doubled. These tests must be repeated to verify results. Researchers also want to know if gut viruses are the same in each person or if a beneficial type in one is harmful in another. The implications are vast. This could start a whole new realm of immunotherapy, and even change the face of cancer care. On another front, those suffering autoimmune disorders, compromised immune systems, and other such conditions may be infected with helpful viruses to get their bodies back on track.

To learn more about the ecosystems living inside of you click here:

Brands like BMW, Walmart, and IBM are seeing big wins from the use of gamification in corporate training. Here’s how.
Up Next
Surprising Science

Science can’t seem to disprove the giant alien megastructure some have proposed as an explanation for Tabby’s star, AKA, the WTF star, AKA KIC 8462852.