Scientists studying pigs’ “coping styles” established a while ago that some pigs are more optimistic and some pigs are more pessimistic. A study just published in the Royal Academy’s Biology Letters looks into the extent to which mood can affect the behavior of a fundamentally optimistic or pessimistic porcine. The researchers wanted to see if cognitive bias + mood shapes pigs’ reactions that way it does humans’. “Life is 10% what happens to you and 90% how you react to it,” goes the quote. Of course you can’t just ask a pig how he or she sees things.

Previous studies established that environment affects mood in pigs, so in this study, researchers raised 36 young pigs in one of two circumstances: In plush pens with lots of straw and space, or in pens with somewhat less of each. At between 6 and 10 weeks, each subject was tested for inherent personality and cognitive bias and sorted into one of two classifications: proactive or reactive.

To see what kind of interplay exists between between personality type and mood, the researchers built a test arena for the pigs. The arena contained two bowls: the one in the far left corner held three sweets while the one in the far right corner held three bitter coffee beans. 27 of the pigs quickly learned to go straight to the bowl on the left for a treat — 12 from the cushier environment and 15 from the more austere one. (Nine didn’t really get it at all and were excluded from the rest of the experiment.) 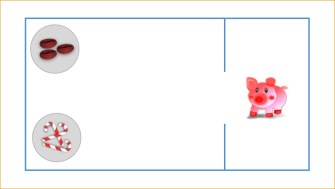 When the researchers added a series of novel objects to the setup — bowls in new places, a traffic cone — they found that the proactive pigs exhibited the same strategy regardless of their home environment: They cheerfully investigated each object. However, the reactive pigs behaved differently based on where they were raised. The pigs from nicer digs hurried over excitedly to each new object to see what it was, while those with less luxe pens weren’t as interested in the new objects.

The researchers concluded that, not surprisingly, optimistic/proactive pigs remain cheerily optimistic no matter where they’re raised; that is, regardless of their mood. Not so much the pessimists/reactives. They’re more fragile — just like their human counterparts — with their reactions to life’s surprises heavily dependent on their moods.

The warping of spacetime by gravitational masses. Image credit: LIGO/T. Pyle.Gravity is the oldest fundamental force ever discovered. Might it not be fundamental after all?“The whole edifice of modern physics is built […]