A team of scientists has successfully reanimated the brains of dead pigs, a move that’s raising tough ethical questions about the future of neuroscience research.

At a meeting at the National Institutes of Health on March 28, neuroscientist Nenad Sestan announced how he and his team at Yale University used a system of heaters, pumps, and artificial blood to restore partial function to the brains of more than 100 recently decapitated pigs, according to a report from MIT Technology Review.

The system, dubbed BrainEx, doesn’t quite restore consciousness but it could mark the beginning of a new stage in life-extension technology.

An electroencephalogram (EEG) on the pig brains showed flat waves, suggesting the pigs were reanimated into a comatose-like state rather than something like consciousness—though, at first, the EEG showed complex activity that indicated thoughts and sensations. The team was excited, alarmed, but the signals turned out to be noise caused by nearby equipment.

Still, billions of individual brain cells appeared normal and healthy, in what Sestan called a “mind boggling” and “unexpected” result. 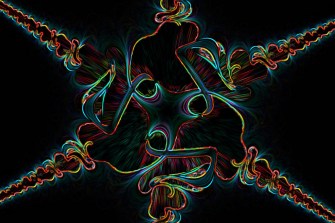 Sestan told the National Institute of Health, which his team is seeking funding from, that steps could be taken to keep brains alive indefinitely and make attempts at restoring consciousness.

“That animal brain is not aware of anything, I am very confident of that,” Sestan said, going on to speculate how the technology might be used in the future. “Hypothetically, somebody takes this technology, makes it better, and restores someone’s [brain] activity. That is restoring a human being. If that person has memory, I would be freaking out completely.”

These possibilities could lead to questionable research practices down the road.

“There are going to be a lot of weird questions even if it isn’t a brain in a box,” said an advisor to the NIH who didn’t wish to speak on the record. “I think a lot of people are going to start going to slaughterhouses to get heads and figure it out.”

Scientists are already setting up guardrails in anticipation of those “weird questions”.

On April 25, Sestan and 16 colleagues published a paper in Nature titled ‘The ethics of experimenting with human brain tissue‘ in which they lay out some ethical concerns and questions: What protections should be granted to brain organoids (brain tissue grown from stem cells in a lab)? How should scientists dispose of brain organoids at the end of experiments? In research where human organs are transplanted into animals, should the test subject be considered human or animal—where is the line?

The scientists acknowledge that many of the hypothetical situations listed in the paper, such as relatively simple brain organoids gaining consciousness, are “highly remote”.

“But to ensure the success and social acceptance of this research long term, an ethical framework must be forged now, while brain surrogates remain in the early stages of development.”

Related
Starts With A Bang
The sober truth about finding the Universe’s first stars
The Universe certainly formed stars, at one point, for the very first time. But we haven’t found them yet. Here’s what everyone should know.
Life
Our antidepressant drugs are affecting animals and ecosystems
A toxicologist explains the impacts of antidepressants on fish — and no, they’re not getting any happier.
The Past
Ancient migration: Bering Strait land bridge from Asia to North America was not a one-way road
Ancient humans crossed the Bering Strait land bridge from Asia into North America. But some of them went back.
Sponsored
Want to boost your happiness? Buy experiences, not material possessions
Some experiences continue to pay dividends time and time again.
High Culture
Did Paul Cézanne hide an early self-portrait underneath a 160-year-old still life?
To answer that question, we may have to figure out when the famed painter started to go bald.
Up Next
Starts With A Bang
Astronomers’ Hopes For Pristine Stars Dashed: They’re Polluted After All
In 2015, the ultra-distant galaxy CR7 was measured to have hydrogen and helium, but no carbon or oxygen. With new ALMA observations, there’s carbon after all.As brilliant as our Universe’s stars […]