The San Andreas fault in California is certainly the most well-known fault line in the U.S. Seismologists put the chances of it producing another major earthquake in the Golden State at nearly 100%. The big questions, of course, are how major and when. The collision zone of the Pacific and North American tectonic plates has been the focus of study since it was discovered by UC Berkeley geology professor Andrew Lawson in 1895. So it comes as something of a shock that seismologists have just now discovered a second fault touching it. The importance of this second fault isn’t yet understood, but it’s safe to say things in California just got more complicated. 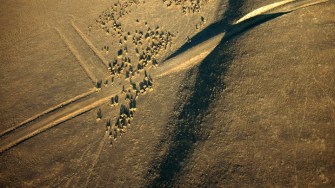 The discovery was prompted by an alarming swarm of nearly 200 small earthquakes September 26 and 27, 2016 about 150 miles southeast of Los Angeles, near San Bernadino. The fault hadn’t been identified before because it runs beneath a 156-kilometer-long man-made salt lake in the Sonora desert.

The Salton Sea is the largest lake in California (video). It was accidentally created between 1905 and 1907. The waters of the Colorado River had broken through badly constructed irrigation structures in Yuma, Arizona, and filled the Salton Basin, a rift produced by tectonic activity. Seismic sensors were installed in the area in 1932, but September’s activity was the largest yet detected there, raising concern about what they may be foretelling. The swarm set off a seven-day earthquake advisory warning of increased odds for a major quake. (The seven days ended October 4.)

Because of its obscure placement, the newly-named Salton Trough Fault was easy to miss. To map it out inside lake-bed sedimentary layers, scientists from Scripps Institution of Oceanography at the University of California San Diego and the Nevada Seismological Laboratory at the University of Nevada had to use a combination of LiDAR, multi-channel reflection seismology, and ocean-bottom seismometers.

The location of the new fault is especially alarming because USGS seismologists have been worried for some time about what would happen if a major quake started in the Salton Sea area. In 2008, a “ShakeOut” simulation predicted that a magnitude 7.5 quake starting there would be devastating to San Bernadino, with Los Angeles rocked for a full minute — an eternity in earthquake terms — and be felt as far away as Bakersfield, Oxnard and Santa Barbara. It projected roughly 1,600 fires across the state and magnitude 7 aftershocks causing even more severe damage.

On the other hand, paradoxically, the scientists are wondering if the presence of the Salton Trough Fault is actually making the San Andreas less likely to slip and produce a massive quake. The extended interval since the last major San-Andreas quake has puzzled — and of course worried — seismologists — and the the newly discovered fault may have something to do with it. As Nevada State seismologist Graham Kent explained to ScienceDaily, “”Based on the deformation patterns, this new fault has accommodated some of the strain from the larger San Andreas system, so without having a record of past earthquakes from this new fault, it’s really difficult to determine whether this fault interacts with the southern San Andreas Fault at depth or in time.” 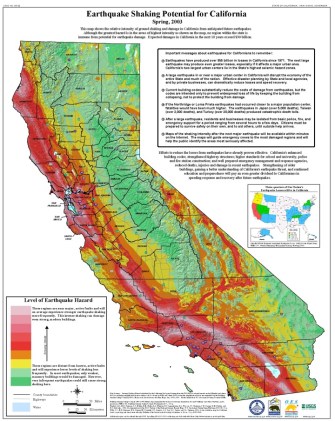 Still, though we just noticed it, the Salton Trough Fault isn’t actually a recent development, so whatever influence it may be having on the San Andreas isn’t new. This suggests that the second fault hasn’t prevented the San Andreas from producing a magnitude-7 quake every 175-200 years for the last thousand. Which, as you probably know, makes it very overdue for another, it having been 300 years since the last big one.

“We need further studies to better determine the location and character of this fault, as well as the hazard posed by this structure,” says Valerie Sahakian, of the U.S. Geological Survey’s Earthquake Science Center.

Dark matter faces its biggest challenge of all