Since the dawn of automation, robots have been taking human jobs. But a short period of unemployment has always been followed by new kinds of jobs to offset this loss. This scenario may not be the case in the future.

At a meeting for the American Association for the Advancement of Science, researchers warned that every sector of the economy will feel the robot takeover in some way.

“We are approaching the time when machines will be able to outperform humans at almost any task,” said Moshe Vardi, a professor of computer science at Rice University in Texas.

Advancements in artificial intelligence have led to the autonomous vehicle. Software will be driving us around town in the next decade or so, so it’s fair to reason these machines will bleed into other aspects of our lives and work as well. An autonomous fleet of delivery vehicles may kill off a number of positions in the postal industry. Google already has a patent for it: 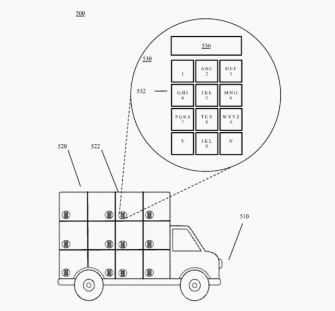 It’s predicted automation could replace 47 percent of the US workforce, including white-collar professions. If equipped with the right pair of arms and the proper software, it’s possible for a robot to prepare a five-star meal.

We need to start asking some hard questions about the future of society. Vardi said, “Society needs to confront this question before it is upon us: If machines are capable of doing almost any work humans can do, what will humans do?”

It’s a fair question to ask.

“Technology, if it works, will reduce the need for human labor in a way that it never has quite accomplished before,” Sam Harris, the co-founder and CEO of Project Reason, said on his podcast Waking Up. “Ultimately, if we manage to build truly labor-saving devices, devices that don’t simply open up a space for new forms of human labor, but devices that actually cancel the need for human labor (and I think we’re doing that), then you really have the ultimate recipe for an intolerable degree for wealth inequality.”

Those in power will simply employ more robots, but where does that leave the rest of us? The world starts to look pretty bleak when most everyone is unemployed.

Harris suggests in order to offset this potentially dystopian future, people should be given a basic income. This would allow people to buy and live as they wish through a fixed salary. Instead of doing what they need to survive, people could strive to advance themselves. It’s an ideal kind of lifestyle Star Trek captured in its series — the advancement of the self for fulfillment rather than profit.

Technology has been guiding us to this point. We’re becoming more productive each day and we’re working fewer hours in the day than we were 100 years ago. We seem to be working toward the end of work. But whether a life of leisure is right for humanity is still under question.

“I believe that work is essential to human well-being,” Vardi said.

If you’re looking for work, a new study says having fast internet helps.
Up Next
Culture & Religion

Why People of All Ages Are Finding Love & Sex Online

Technology is changing every aspect of life — including how we find love. A recent study conducted by the Pew Research Center indicates that nearly one-third of couples today found each other online.