In the U.S. an increasing number of young people are switching to a vegetarian or vegan diet. But it’s a trend that’s somewhat localized. As income levels in the historically less-developed places the world rise, and people move to urban areas, more and more people are eating meat and dairy products.

However you feel about this from a moral standpoint, Barack Obama took the stage at Global Food Innovation Summit in Milano, Italy to make quite a different point: “I think people naturally understand that big smokestacks have pollution in them and they understand air pollution, so they can easily make the connection between energy production and the idea of greenhouse gases. People aren’t as familiar with the impact of cows and methane, unless you’re a farmer.” 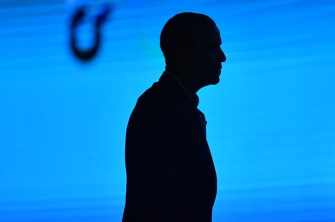 Here’s what Obama’s talking about in some current statistics: 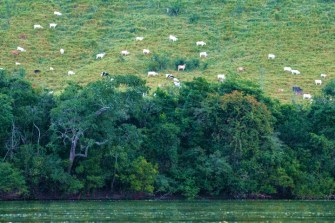 Cattle grazing in what remains of Brazil’s rainforest (YASUYOSHI CHIBA)

And according to a press release from Reducetarian.org, the increase in factory farming, if left unchecked, “would be a major contributor to an estimated 80 percent increase in global agricultural greenhouse gas emissions from food production and to global land clearing.”

Reversing the trend isn’t simple, for a variety of reasons. Obama, not a vegetarian himself, mentioned the emotional connection people feel to their food and traditional methods of producing it, and how easily they can become offended by governmental attempts to change it. He also mentioned how powerful agricultural corporations are, and how invested they are in current production methods.

In addition to the issues Obama cited, there’s also the fact that in some cultures, being able to afford meat — and being able offer it to guests — is a matter of personal pride. 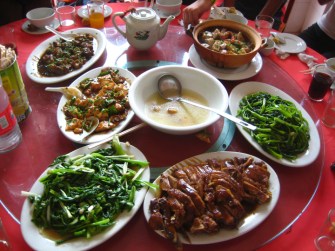 There’s an additional compelling reason to reduce animal-product consumption: One’s own health. As the same Reducetarian press release notes, the current upward dietary trend  “will greatly increase the incidence rate of type II diabetes, heart disease and certain kinds of cancer.” It’s for this reason that, even in the face of resistance, Obama said, “That doesn’t mean that we can’t teach you and me to have a smaller steak, for our own health. It doesn’t mean we can’t make progress in educating the advanced world about the need to reduce, just for dietary reasons, the amount of meat that we consume at any given meal.” 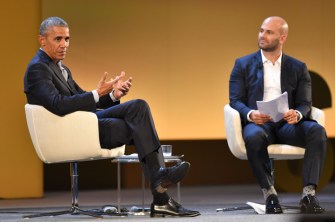 He knows. He ate hundreds of steaks at the White House. (ANDREAS SOLARO)

On May 20 and 21, 2017 experts and representative from a diverse collection of stakeholders including The Johns Hopkins Center for a Livable Future, WildAid, World Resources Institute, The Humane Society of the United States, Compass Group, and Impossible Foods are convening at New York University for The Reducetarian Summit. Organization founder and author Brian Kateman states the reason for the conference: “By bringing together a diverse set of tactics and hundreds of leaders from across the reducetarian movement, this conference will take a deeper dive into possible solutions for pushing the needle on meat consumption,. If we are successful in strengthening our unity, factory farms will someday be relegated to the dust bin of history.”

People living in non-industrialized societies don’t get pimples.
Up Next
Surprising Science

Why Short-Lived Mayflies Have the Right Idea

Neil deGrasse Tyson suggests that longevity isn’t what concerns him so much as living what time he has well.