The human toll is evident. Patients knowing they are going to progressively lose their minds, functionality, and their very lives, must somehow learn to live with the horrifying diagnosis of Alzheimer’s. Meanwhile their families shoulder the burden of care, and the anguish of knowing that someday they will no longer be recognized.

Around 5.4 million Americans currently live with this neurodegenerative disorder. This is the sixth most common cause of death in the U.S. By 2050, 13.8 million are projected to have it. Due to the enormous baby boomer generation aging, scientists are in a race to find better detection and treatment options. If not, the disease is predicted to bankrupt Medicare at some point within the next three decades. So the need for effective management is great. There is no way to predict who will get it, though there is a genetic propensity. It’s progressive, and there is no cure.

Alzheimer’s is caused by the buildup of amyloid beta plaques. With a tar-like consistency, these globules gunk up the brain, choking out neurons and tearing the connections between them apart. These plaques are aided by threats of another protein called tau, which block nutrients from reaching brain cells, starving them. Though today, a diagnosis of this disorder heralds a grim fate, a new study published in the journal Aging has the Alzheimer’s community cautiously optimistic. 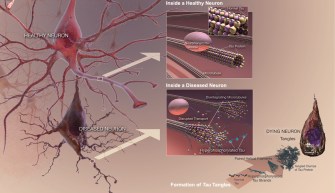 Neuroscientists at the Buck Institute on Research and Aging in Novato, California in collaboration with colleagues at UCLA, have successfully halted, and in some cases reversed, the memory loss of 10 early-stage patients. Investigators employed a complete disease management program, involving a combination of therapies and approaches. Dr. Dale Bredesen was a co-author on this study. He called the outcome, “unprecedented.” Landing on the proper management strategy has proven difficult. While lots of treatment options were effective in animal test subjects, few have been successful in human trials. But here, a combined therapy known as The MEND program, has shown remarkable results.

MEND stands for metabolic enhancement for neurodegeneration. This involves a “36-point system” including a certain diet, lots of exercise, medications, vitamins, sleep optimization, and even electrical brain stimulation. Attacking the disease synergistically enhances the drug’s performance, according to Dr. Bredesen. He put it this way, “Imagine having a roof with 36 holes in it, and your drug patched one hole very well – the drug may have worked, a single ‘hole’ may have been fixed, but you still have 35 other leaks, and so the underlying process may not be affected much.”

Instead, with the MEND system, researchers target many holes at once. Each patient in the study suffered from subjective cognitive impairment (SCI), mild cognitive impairment (MCI), and memory loss. In addition, nine of the patients carried a specific gene for Alzheimer’s, ApoE4. Five of the patients carried two copies of the gene. Their likelihood for developing the condition was 10 to 12 times greater. 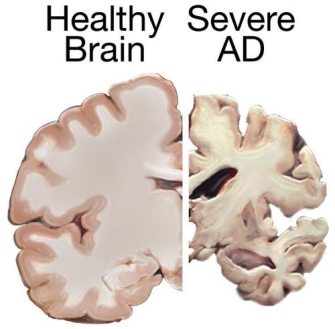 Each patient took part in the MEND system. Researchers monitored their cases carefully over the course of two years. In the end, all 10 showed significant improvements in memory, and many patients were moved from the “abnormal” category into “normal” cognitive functioning. One 69-year-old man who was about to shut down his business, was instead able to retake the reigns, and even expand, since he showed so much improvement. Before, he had been unable to remember his work schedule, or recall the faces of those he interacted with. At the onset, his long-term memory recall was a scant three percent. He underwent treatment for 22 months. Afterward, he was tested again. His recall was now 84%.

Another patient, a 49-year-old woman who had trouble with facial recognition and verbal memory, found that after a few months on MEND, she was able to regain her ability to not only recall words, but to speak a foreign language. In yet another case, a 66-year-old who experienced MCI showed a 12% increase in hippocampus volume, discovered via MRI at the end of the study. The hippocampus is the region of the brain responsible for learning and memory, and where Alzheimer’s originates.

Researchers say these findings illustrate just how effective the MEND system is in reversing early cognitive decline, even in those who carry genetic markers for the disease. More personalized programs may even enhance the efficacy of Alzheimer’s drugs further, according to Dr. Bredesen. Though heartening, more studies, including those with a larger pool of participants, are needed to confirm these results and learn more about why it is so effective.

These hard-to-finish books are still worth the effort.
Up Next
Personal Growth

The gun industry is in the business of selling its products. Exploiting our belief system is part of its corporate model.