Photographer Craig Burrows has just published some beautiful photos that reveal a secret side to flowers, capturing, as he puts it, “something we always see, but never can observe.” He’s an ultraviolet-induced visible fluorescence (UVIVF) photographer.

When we see the color of an object, of course, what we’re seeing are the light wavelengths the object doesn’t absorb — we’re sort of seeing the object’s “anti-color,” in a sense. The fact that what we see doesn’t actually belong to the object is fascination, and philosopher and cognitive scientist Alva Noë has a cool video about it.

Different light waves possess different wavelengths that determine the colors we perceive. (A wavelength is the distance between two adjacent crests in a continually pulsating wave.) A banana, for example, was a wavelength of about 570 to 580 nanometers.

There are light waves whose wavelength is so short — meaning the wave undulates so fast it’s deemed as having a “high frequency” — that we can’t see them. These are called “ultraviolet” (or UV) light waves. “Ultraviolet” means “beyond violet.” UV wavelengths range from about 180 nanometers to 400 nanometers falls in this category.

When some objects are exposed to UV light, they absorb it, converting some of the light to heat and emitting the rest of it at a slower frequency — that is, a longer wavelength — that we can see. Some natural materials — like certain rocks and flowers — do this, but visible light blocks this more subtle illumination from our eyes in daylight.

This is where Burrows comes in. His work is inspired by the studies of Oleksandr Holovachov. It’s an endeavor of constant surprises, Burrows writes for Bored Panda: “Each time I do a set of UVIVF photos, it starts with going out under the cover of darkness to snatch unsuspecting flowers growing around the neighborhood. I rarely know what to expect from a flower before I get it back to shoot. Some I think will dazzle end up flopping, and others I am surprised by their colors or light. Every one is a surprise!”

And they’re all gorgeous.

(All photos by Craig Burrows.) 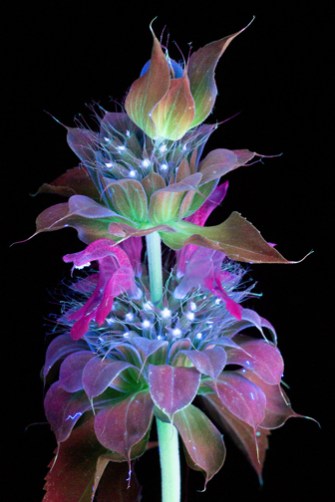 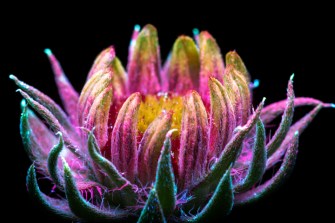 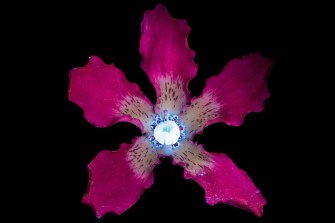 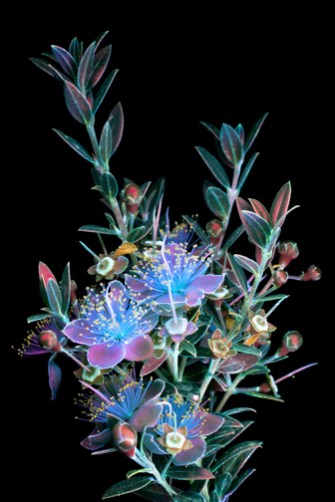 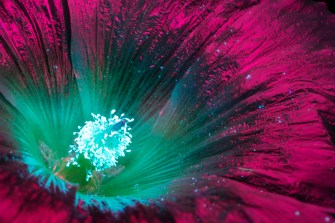 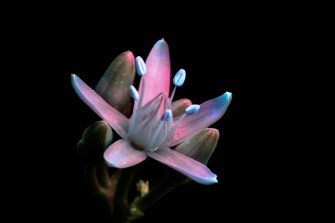 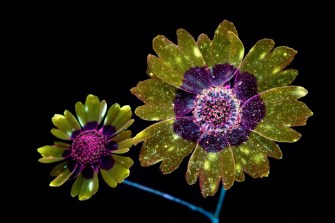 They say that nobody understands quantum mechanics. But thanks to these three pioneers in quantum entanglement, perhaps we do.
Up Next
The Present

There’s a “magic ratio” for how often happy couples argue

Dr. Gottman, a psychologist who studies relationships, explains the 5:1 rule.