Major seismic activity is rare in the areas of Europe north of the Alps, yet on this date in 1356, a huge earthquake decimated the region and left the Swiss town of Basel in ruins. Over a thousand people perished in the destruction. Every church within 30 km of Basel was reduced to rubble. It’s said the quake could be felt as far as Paris.

As Switzerland sits upon an active fault, the country has spent years preparing for a potential catastrophic quake. A major geothermal project was abandoned a few years back for cautionary reasons amidst fears of unwanted seismic repercussions. Switzerland’s earthquake risk is considered average to moderate relative to other seismically volatile world regions.

The above image is the work of 19th-century Swiss painter Karl Jauslin, who has been written about plenty in the German language yet is virtually unknown in the English-speaking world. Jauslin’s body of work consisted mostly of paintings depicting notable events in Swiss history. I’ve included a few below.

The Assassination of Swiss Reformation Leader Huldrych Zwingli in 1531 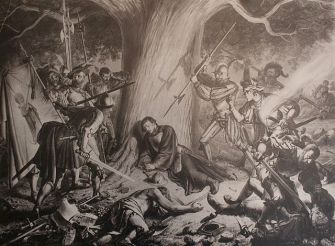 The 1339 Siege of Solothurn 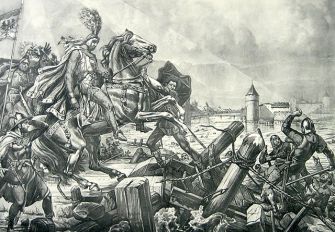 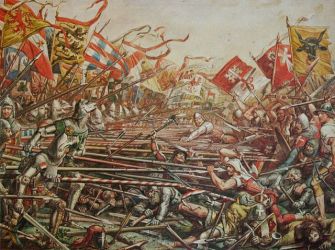 For more of Jauslin’s work, visit his page on WikiCommons.

Collective illusions — false assumptions about society that many people share — have existed for thousands of years in many different ways. Today, because of social media and modern technology, […]
▸
32 min
—
with
Todd Rose
Up Next
Words of Wisdom

Madeline Levine discusses an instance when one overbearing father shared a little too much information. From her Big Think interview on parenting, available here.