Imagine a security system, say a key card scanner, an airport security checkpoint, or a pass code based on your DNA. That’d be really hard to hack. It sounds like science fiction. But researchers at Columbia University, along with colleagues at the New York Genome Center, have gotten us much closer to that day.

They’ve created software which can identify someone’s DNA in minutes. This has implications for crime scene investigation, emergency management, and scientific research. Their findings were published in the journal eLife. In their report researchers write that they have developed, “a rapid, inexpensive, and portable strategy to robustly re-identify human DNA.’” It’s also highly accurate.

MinION is a device the size of a credit card that sucks in nucleotide sequences through microscopic pores on its surface and reads them. Nucleotides are the building blocks of DNA, represented by the letters A, T, C, and G. Previously, MinION was used to study viruses and bacteria. But the instrument isn’t very precise. In fact, it often misses whole sequences. So it hasn’t been used on human cells, since our DNA is comprised of billions of nucleotides.

To ID someone, MinION is used to sequence random DNA strands. Soon, nucleotides called individual variants are identified. These are unique to each person. That information is fed into a computer, which uses a Bayesian algorithm to compare the individual variants with those on file. The program only needs to cross-check between 60-300 variants, making the process quick. It can take as little as three minutes to find a match. Researchers call this new method, “MinION sketching.” 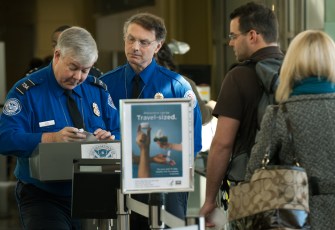 A DNA-based security system could offer much more security, on and offline. Credit: Getty Images.

Sophie Zaaijer was the lead author of this study. She’s a former NYGC member and is currently doing postdoctoral research at Cornell Tech. She gave a sample of her cheek cells to a public database called DNA.land during a previous study. In this one, she herself was one of the test subjects.

Zaaijer’s genome was compared to 31,000 others in the database. The research was identified within minutes. “Using our method,” she said, “one needs only a few DNA reads to infer a match to an individual in the database.” Researchers also used MinION sketching to match leukemia cells against ones found in the Cancer Cell Line Encyclopedia database.

Today, the technique costs $1,000 to perform. So it’s not ready for security use, yet. But if Moore’s Law holds and computing power keeps going up, not to mention the price of genetic sequencing coming down, it won’t be long before it’s available for governments, corporations, and scientific research organizations, among others.

Yaniv Erlich was the senior author on the study. He’s a computer science professor at Columbia. “Our method opens up new ways to use off-the-shelf technology to benefit society,” Erlich said. “We’re especially excited about the potential to improve cell-authentication in cancer research and potentially speed up the discovery of new treatments.”

Billions of dollars are lost each year due to mislabeled or contaminated cell lines. These problems delay research and as a result, slow the introduction of new treatments. This new method could eliminate waste and allow more medical studies to be reproduced.

MinION sketching could also identify everyone in a disaster zone and find out quickly who’s missing and may need help. On another front, it could be used to ID crime victims and perpetrators at a crime scene, giving investigators a faster response time, and making them more likely to solve crimes before the trail grows cold. 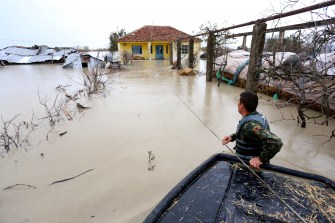 What are the negative ramifications? Biometric sensors are already becoming mainstream. Apple has released the new iPhone X with Face ID. Finger and iris scanners today aren’t uncommon. And experts estimate that by 2020, there will be two billion biometric smartphones in the world.

Meanwhile, Google plans to replace passwords on Andriod apps with a “Trust Score.” Apparently how we type, what we click on, and a slew of other digital behaviors can be tracked and calculated to form our eDNA, or our unique online behavioral signature. A series of enormous hacks, including Yahoo and Equifax, have shown us how vulnerable our current systems are. Meaning this tech is needed. But what happens when someone steals your eDNA, your biometric data, or your actual DNA information, things that are imprinted on you forever?

It isn’t farfetched to think that DNA information could be used to pin a crime on someone, to pass through security as someone else, or as a red herring, to lead authorities off the trail. DNA information could also be sold on the dark web, or become a new form of identity theft, perhaps one that’s far more insidious and harder to recover from.

New and tougher layers of security must be crafted before MinION sketching becomes widespread. What’s more, we need to have a public conversation about how much of our own biometric and DNA information should be available for security purposes, and how much safeguarded.

One expert believes that rather than tightening up, we should instead begin storing our DNA data in the cloud. To find out more, click here:

Related
13.8
What kind of intelligence is artificial intelligence?
The initial goal of AI was to create machines that think like humans. But that is not what happened at all.
The Present
What’s effective altruism? A philosopher explains
Some effective altruists “earn to give” — they make as much money as they can and then donate most of it to charities.
Sponsored
How to avoid family fights about money
No family is immune to money conflicts, no matter how much they love each other. Here’s what to look out for.
L&D strategy
Best practices for a needs analysis [Templates included]
Conducting a thorough needs analysis requires care, curiosity, and open-mindedness.
Neuropsych
Memory and the benefits of forgetting
Forgetfulness isn’t always a “glitch” in our memories; it can be a tool to help us make sense of the present and plan for the future.
Up Next
Hard Science
How the Brain Keeps Time
Neuroscientists discover networks of neurons that stretch or compress their activity to control timingAnne Trafton | MIT News OfficeTiming is critical for playing a musical instrument, swinging a baseball bat, […]