As NASA readied to announce new information about the organization’s planet-hunting division, many of us wondered if we were going to hear the words, “We are not alone in this universe.” We did not. During a live audio conference, Kepler mission researchers announced the discovery of 1,284 confirmed exoplanets as part of a recent study—the most every announced at one time.

This star chart illustrates the patch of sky Kepler has been staring at for the past few years. It’s field of view occupies 100 square degrees of our galaxy. 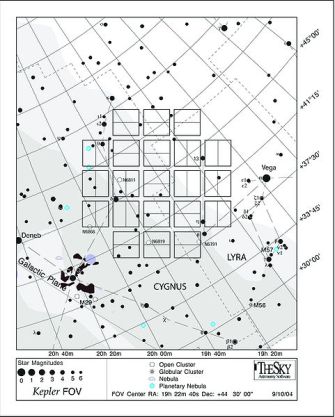 The work of these scientists uses “astrophysical false positive probability calculations for every Kepler Object of Interest.” The 1,284 planets that have been validated as exoplanets through this method and no other. They determine, using these calculations, 1 percent of the 1,284 verified planets will be false-positives. 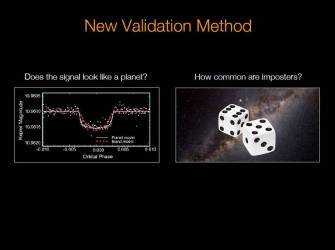 “Planet candidates can be thought of like bread crumbs,” said Timothy Morton, associate research scholar at Princeton University in New Jersey. “If you drop a few large crumbs on the floor, you can pick them up one by one. But, if you spill a whole bag of tiny crumbs, you’re going to need a broom. This statistical analysis is our broom.”

This method may help unlock Kepler’s full potential, cutting down the busy-work of examining anomalies that may not even be planets.

Kepler’s mission is to detect planets in that Goldilocks Zone. It examines the transit of planets across distant stars, which gives researchers an idea of the candidates ability to how life based on its orbit and size. While there’s so much more information to judge the “habitablility” of a planet, this is what Kepler is able to measure.

Future telescopes, like the James Webb Space Telescope (JWST), will be able to give researcher more information about distant planets. It will allow researchers to assess whether a planet is habitable or not based on atmospheric composition.

It’s nice to think that mapping out our galaxy may help us build a road map for future space-faring generations.

Stephen Petranek, a journalist and author of a new book titled How We’ll Live on Mars, agrees. He says we must become a space-faring society. Mars is the first step, a step that won’t be without its challenges, but a necessary one that will better prepare us.

This pup puts us one step closer to resurrecting extinct species.
Up Next
Starts With A Bang

The science behind Hitler’s atomic bomb

Public domain image of an underwater nuclear weapons detonation test during the Cold War.And the story of how the greatest act of WWII sabotage stopped it.“I am become death, the destroyer of […]