Just three years after Amelia Earhart and her navigator Fred Noonan disappeared in 1937, a forensic anthropologist name D. W. Hoodless studied some bones found off the island of Nikumaroro. He concluded they were from a male, so they weren’t hers; ever since then, the mystery has deepened and fascinated school children and adults alike for generations.

But now, Richard Jantz, a modern forensic anthropologist, has restudied those bones, and he is about as certain as anyone can be that they’re Earhart’s. 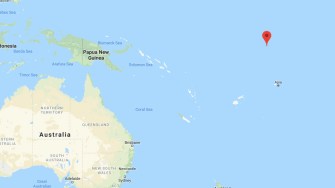 The red pin shows the location of the island Nikumaroro, part of the Phoenix Islands, Kiribati, in the western Pacific Ocean. This is where Amelia Earhart’s bones are now believed to have been found.

What makes him so sure?

Simple: The field has come a long way since 1940—far enough that certainty is all but assured by using modern techniques. This, in combination with some of the artifacts found on Nikumaroro, might just seal the case for good.

The researchers who worked with Jantz used modern quantitative techniques, including a program known as Fordisc, which simulates and estimates sex, ancestry, and stature from skeletal measurements. Today, it’s used by nearly every board-certified forensic anthropologist in the world.

But after using the Fordisc software he went even further, studying bone lengths; using old photographs with scalable, measurable items in them he could calculate Earhart’s humerus and radius lengths and compare. He also enlisted an historical seamstress to measure clothing that Earhart wore to gauge bone lengths. 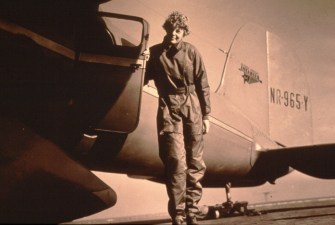 According to the paper, casting aspersions on the Hoodless conclusions from 1940 is not their intention. ”Forensic anthropology was not well developed in the early 20th century. There are many examples of erroneous assessments by anthropologists of the period. We can agree that Hoodless may have done as well as most analysts of the time could have done, but this does not mean his analysis was correct.”

Related
Thinking
Finding your essential self: the ancient philosophy of Zhuangzi explained
Adopting a healthy scepticism towards inherited ideas means “emptying the container of the Self.”
The Future
Startup’s bladeless flying car is designed to reach Mach 0.8
One of Jetoptera’s VTOLs is expected to reach speeds of around 614 mph, about as fast as a commercial jet airliner.
Health
New blood types are often discovered following medical disasters
New blood types are regularly discovered by an unusual absence or an unusual presence — both of which can result in tragedy.
The neuroscience of loving music
Humans are musical animals four million years in the making, explained by music expert Michael Spitzer.
▸
8 min
—
with
Michael Spitzer
Life
Scientists use CRISPR to insert an alligator gene into a catfish
Disease kills off 40% of farmed catfish. This gene protects them.
Up Next
Technology & Innovation
Elon Musk at SXSW: SpaceX able to do ‘short trips’ to Mars by 2019
In 2017, SpaceX announced plans to send a cargo mission to Mars by 2022. But Elon Musk said the company’s BFR could be ready to make the journey sooner.