Anxiety about the use and abuse of electronic data and communication is all over the news. In addition to still-emerging concerns about former NSA contractor Edward Snowden’s revelations, major media outlets report surging online attacks on university and government computer systems and ongoing efforts to commodify online privacy. Journalists, pundits, and bloggers also discuss the recurring fear that sharing information through social networking will come back to haunt us.

But much of the worry underlying these stories has a somewhat distant and ultimately sanguine aspect. For many computer and cell phone users these are someone else’s problems—or they are the harms of the right technology falling into the wrong hands. The fault lies not in ourselves, the ways we consume and communicate electronically, but in the leaders, big businesses, and future employers who abuse our wondrous technological gifts.

That’s not the only way to see our brave new e-world. Numerous commentators have fretted about the personal toll our digital culture is taking on everything from kids’ emotional health to how brains process information.

But these critical accounts are typically somewhat narrow and unconnected. Following a tradition as old as Aristophanes, Chaucer, and Swift, however, we can get a more comprehensive perspective on our current electronic fixation by turning to satiric fiction.

M.T. Anderson’s novel Feed is an uncanny exploration of our (inevitable?) future, in which most of the U.S. population has a “software/wetware interface,” so that online data is accessible directly through our brains. Anderson’s work chronicles the personal and social effects of an increasingly “wired” community, providing a valuable map for the range of potential human dysfunction we should watch for, think about, and preempt.

The main character in Feed, Titus, along with his various friends and relations, broadly experience what sociologist Max Weber called “disenchantment” with the world, a reduction in their appreciation of its mystery, wonder, and beauty. The instant gratification and ready stimulus of the feed induces a jaded, disappointed attitude captured by the novel’s very first line: “We went to the moon to have fun, but the moon turned out to completely suck.”

Moreover, the book’s dramatis personae (the critique is certainly not confined to its teenage protagonists) exhibit a dangerous mix of susceptibility to fickle social and economic trends and a limited awareness of, and respect for, themselves. The most exaggerated and grotesque manifestation of this phenomenon occurs when two of Titus’s friends go to considerable expense and trouble to implant surgically gaping “lesions” on their bodies—in order to show off, as conspicuously as possible, their wealth, status, and perceived attractiveness.

These and other passages are consistent with recent critiques of how “selfies” and other online portrayals undermine our self-image and self-worth. Everyone is speculating on Huma Abedin’s emotional health, but her electronically dallying husband, New York City mayoral candidate Anthony Weiner, is presumably the more unhappy, and psychically damaged, of the two.

Anderson additionally contends that the feed makes us less intellectually nimble and aware. Hamstrung by a restricted vocabulary (and with it, a cramped worldview), Titus and his compatriots have difficulty expressing their thoughts, aspirations, and feelings. When Titus meets Violet, his eventual love interest, he struggles to articulate what makes her so attractive, so compelling—initially preventing him from connecting with her emotionally and intellectually.

Periodically, the feed offers the book’s characters with recommended word choices, and they sometimes turn to its “English to English wordbook” for translations. But, of course, the feed itself is part of the problem: it saturates the populace with information, some of it inaccurate or misunderstood. As Titus reports:

“Everyone is supersmart now. You can look things up automatic, like science and history, like if you want to know which battles of the Civil War George Washington fought in and shit.”

Outside of Anderson’s Feed, there is an open debate over whether cell phones and online communication are detracting from or enhancing how we teach and learn. Regardless, we can certainly gain insight about a culture from the words it (mis)uses and in this respect, there is some intriguing evidence that we are becoming a more individualistic and less morally articulate society.

Closely related to this point is Anderson’s most damning critique of our growing technological interdependence. Bluntly stated, the individuals inhabiting his novel are unlikable and amoral: they are selfish, self-destructive and incapable of relationships with depth. Anderson’s grim depiction raises the twin questions of whether we are indeed suffering a decline of character and virtue and, if so, whether our reliance on electronic apparatuses plays a role in this diminution or at least shift in values.

Whatever the answers, Anderson effectively captures a familiar paradox of our new relationship with electronic media—it gives us greater opportunities to connect with geographically dispersed individuals and groups, and it enhances our capacity to produce and consume content in an individualistic fashion. As Titus puts it (in ostensibly describing a game of “sardines”), the “weirdest thing is that you know that you’re more alone than anyone, but that more people are thinking about you than ever before…so you’re more alone, but more watched.” Is there a better analysis of the compulsive Facebook user who sits at home, alone, spinning through his or her news feed?

What are we to do with all this—in Anderson’s world and our own?

Anderson himself is remarkably short on hope. His figure of resistance, the iconoclastic Violet, summarizes the book’s desperate atmosphere by concluding “We’re going down… The only thing worse than the thought it may all come tumbling down is the thought that we may go on like this forever.” Indeed, Violet meets with a demeaning and emotionally shattering end. Titus offers much less promise as a symbol of opposition: his primary acts of defiance include dating Violet and mass-ordering jeans.

We can, however, find an instructive response to the problems bedeviling Titus, not to mention our own 21st century e-citizens, from a seemingly unlikely source: the 19th century political theory of John Stuart Mill. In Part 2 of this blog entry, we will take seriously Mill’s argument for radical individualism as a means of maneuvering through today’s electronic culture. 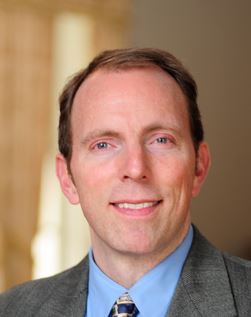 Bruce Peabody is a Professor of Political Science at Fairleigh Dickinson University in Madison, New Jersey. He is currently writing a book about American heroism.

“My dad asked me if I had been to tutoring and I lied… Then he showed me the tablet.”
Up Next

Must We Believe in ‘Something?’

In their book Surfaces and Essences: Analogy as the Fuel and Fire of Thinking, Douglas Hofstadter and Emmanuel Sander remind us that the way we view the world is necessarily […]