Brain scans are often portrayed as intrusive devices in dystopian films, used to extract secret information. A member of a resistance movement, for instance, is strapped down to a chair and has their brain scanned as they struggle against their restraints. They fight it as long as they can, but in the end, the face of their leader is finally revealed. Though such a day is still a ways off, neuroscientists at Cornell University have made significant progress towards it, the ability to tell what person a subject is thinking about simply by scanning their brain.

Scientists used a functional magnetic resonance imaging (fMRI) machine to conduct the study. Nathan Spreng is the cognitive neuroscientist who led this research. He and his team wanted to know if they could use brain scanning technology to see who a subject was picturing in their head. Spreng told ScientificAmerican, “We are trying to understand the physical mechanisms that allow us to have an inner world, and a part of that is how we represent other people in our mind.”

First, Spreng and his team recruited 19 participants. They were each given four different character profiles. These were fictional characters but researchers told participants that they were real people. Under an fMRI, the scientists discovered that different patterns emerged in a particular region of the brain depending on which person he or she was thinking about. These patterns varied depending on the personality traits of the person thought of.

Half of the characters had agreeable personalities. Participants were told things like, this person is cooperative and likes to help others. The other half were disagreeable. Recruits were told such and such person had a cold demeanor and weren’t likely to pitch in. They were also told that half of the characters were extroverts while the other half were introverts. Researchers gave each character a gender and a common name such as Ashley, Jenny, Nicole, Sarah, Nick, Chris, Mike, or Dave. 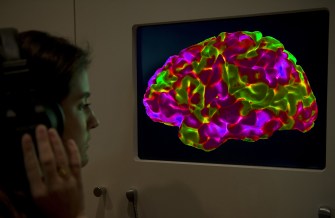 An image created by an fMRI brain scan.

Volunteers soon had their brains scanned and were asked to think of one of the people described. Spreng and colleagues paid particular attention to activity inside the brain, by monitoring alterations in blood flow. Next, respondents were asked how each character would behave in one of several different situations, such as if they spilled a drink on someone in a bar, or were approached by a homeless veteran who was panhandling.

Spreng and colleagues found that each of the people described to participants formed a particular pattern inside their medial prefrontal cortex. This area of the brain helps us to notice and understand the personality traits of those around us. For every person you’ve met in your life, Spreng says, there is a “unique representation in the brain.”

The study implies that when we get a grasp of someone’s personality, we encode this data for later recall, and update it periodically as new information arises. This helps us understand those around us better, and allows us to make predictions based on their personality and past behavior.

This part of the brain is also related to autism, which may be why the autistic often have problems interacting socially. According to these findings, they may not have the ability to recognize and encode the personality traits of others properly. Such research may help us better understand autism and even develop novel treatments for it.

Spreng said, “This is the first study to show that we can decode what people are imagining.” Yet, similar studies have shown breakthrough results. In 2014, psychology professor Marvin Chun of Yale and his team were able to identify what images a subject was looking at using via fMRI and could reconstruct them on a computer screen.

A 2013 Japanese study picked up what sleepers were dreaming. Subjects had their brains scanned while sleeping, and were woken up periodically and asked what they were dreaming about. It was accurate in the sense that neuroscientists could tell the object in the person’s mind, say a car, but not the make and model. 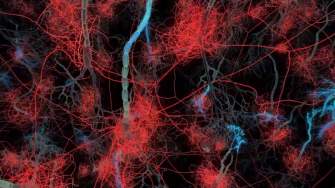 For some, true mind reading is the ability to predict another person’s thoughts. A 2008 study got close. Here, researchers asked participants to press a button with either their right or left hand. A certain signature inside the brain allowed researchers to tell which hand would be used just a few seconds before the action occurred.

These kinds of studies have their limits. We can’t read whatever pops into a person’s head. What’s more, these are very controlled experiments, and most focus on visual stimuli. Vision is what we understand most and is the easiest to work with, according to UC Berkley’s Jack Gallant. The neuroscientist and his team conducted a dramatic study using an fMRI machine to capture video imagery from inside participants’ brains, while they watched clips from a popular Hollywood film.

Abstract thought however isn’t in sciences, grasp, yet. German cognitive neuroscientist John-Dylan Hayne told Wired that we can decipher certain mental states. But to be able to actually read a person’s mind we’d have to: “(a) take an arbitrary person, (b) decode arbitrary mental states and (c) do so without long calibration.” Today, that last one is time consuming and makes the process unwieldy.

Gallant believes a device that could recognize and record our internal monologue would be the most prized. “It would be like talking to Siri except without even talking,” he said. Another area to explore is scanning old memories. Since we don’t know every intricacy surrounding how long-term memories are encoded, it will take some time before these can be scanned for and decoded. Another aspect, different people’s brains code memories slightly differently. Scientists must learn to easily accommodate such variances.

This technology is still in its infancy, but it’s starting to gain traction. There are applications for criminal justice, defense, education, medicine, psychology, and so many other sectors. But there is also concern over abuse by governments and law enforcement agencies. Though it’s still quite a long road ahead, scientists, ethicists, and legislators will have to get a good grasp on this technology and put forth commonsense safeguards to ensure it doesn’t violate our most sacred of human spaces, the real estate between our ears.

To learn more about where we are with this technology, click here:

The Big Bang is commonly misunderstood, warping our understanding about the Universe’s size and shape.
Up Next
Neuropsych

Do you get antsy when there’s nothing to do?