Helen Fisher, PhD, has spent the last several years trying to uncover how the human personality works on a neurological basis. She’s a researcher at Rutgers University, a senior research fellow at the Kinsey Institute, and chief science adviser for Match.com. Dr. Fisher spent years combing through all the medical literature, noting any correlations between biology and personality.

She recently verified her findings by giving 28,000 people her questionnaire and then sticking them into an FMRI. The results were, everyone expresses at least one of four personality constellations, which are activated by one of four brain circuits, either the dopamine, serotonin, testosterone, or estrogen system.

Each particular brain circuit corresponds with what she calls a trait of temperament. Keep in mind that any of these can be for a man or a woman. Those who express the dopamine system are known as explorers. They’re driven by the happiness neurotransmitter. Dopamine gives us the feeling of exhilaration, reward, or accomplishment.

Explorers tend to be intellectual, creative, and open-minded. They are easily bored and are forever seeking something that holds their interest or makes their pulse race. Explorers may not be so in touch with their feelings. These are outward-looking people. They’re spontaneous and less likely to plan.

Those who express the serotonin system are called builders. Serotonin is a neurotransmitter that gives us a sense of wellbeing. These people are prudent, conventional, detail-oriented, socialable, and law-abiding. They’re conscientious and often good with numbers. These are creatures of habit. These are planners, but not risk takers. They’re cautious. Though not very creative, innovative, or spontaneous, they are dependable. 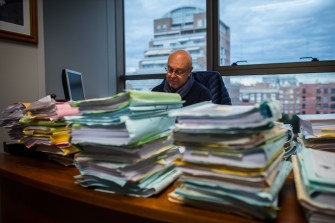 Directors express the testosterone system. They received testosterone in the womb during an important stage of development.  As a result, they’re competitive, confident, analytical, and assertive. They tend to be good at systems-based enterprises such as chess, music, or math. They’re goal driven and detail-oriented. Directors may not be so introspective or too cognizant of others feelings. And they may have trouble interpreting their own.

Lastly, there are negotiators. This group received estrogen in the womb rather than testosterone. They are social, nurturing, trusting, and empathetic. Negotiators also tend to be social. They’re great at bringing up the ideas of others or supporting them. But they may not speak up for their own ideas.

“We’re all a combination of these four systems,” Dr. Fisher told me, in a recent phone interview. But some we tend to express some far more than others. Besides validating her research, she found that many of us display two of these systems prominently and even, certain subsets of traits within each. You can have any combination of traits from the systems you express. They are as follows:

Knowing which your boss expresses can help you reach him or her. Getty Images.

This discovery could be useful in education, helping teachers better cater to different learning styles. In colleges, Dr. Fisher believes it can help match students with mentors, select roommates for dorm rooms, and help professors’ better reach students. It can also help politically, allowing representatives to better align with their constituents and voters to better understand candidates and politicians.

“I think Obama had a lot of estrogen in him,” Dr. Fisher said. “He thought contextually, he thought long-term, he wanted everyone onboard before he made a decision. And here we got Trump who writes a tweet about getting rid of transsexuals (in the military), without informing anybody. Boom! Off the top of his head, he makes the decision.

There are also a myriad of applications for the business world. Dr. Fisher recently teamed up with David Labno, a business consultant who has a long career in the personality assessment field. They’ve launched a consultancy called NeuroColor which offers coaching, workshops, and more.

“We generally deal with 50,000 people in a company taking it (the questionnaire),” she said. “We give you a 22-page profile of you and tell you how to talk to people from a different thinking style. How to build a team.” 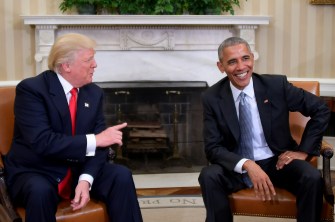 Musingly she said, “I go into a lot of companies trying to sell to Americans. And they don’t have anyone on their team who’s high serotonin. They don’t have anyone who’s traditional, conventional, or even thinks that way. And I remember in one case someone said, ‘No wonder we can’t sell to the Midwest.’ I mean the Midwest is absolutely full of serotonin types. I know that because 14 million people have taken my questionnaire and I know their zip code.”

We can point out where your organization is missing certain thinking styles. One of the problems in business is that people tend to hire people like themselves. They might hire someone who looks different or comes from a different culture. But in fact, probably thinks exactly the way they think. They’re hiring for cultural diversity, which I very much approve of, but they are not hiring mental diversity, which is probably what they need.

So you can begin to make predictions about coworkers or clients based on the traits you’ve noticed. And if you have to walk in somewhere and give a presentation, you can tailor it depending on what they’re predisposed to listen to. If the rooms full of serotonin or testosterone types, start with the facts and work up to theory. If they’re dopamine or estrogen types, hit them with the theory first. “When you know the brain you can reach anyone.“

Dr. Fisher believes that someday, all of our organizations will be optimized for personality, but that time is still far off. Though she’s in good shape, she says she won’t see it in her lifetime. “Bottom line: we’re coming to understand the basic building blocks of personality.”

Collective illusions — false assumptions about society that many people share — have existed for thousands of years in many different ways. Today, because of social media and modern technology, […]
▸
32 min
—
with
Todd Rose
Up Next
Technology & Innovation

Was Life an Inevitable Outcome of Thermodynamics?

A physicist demonstrates how life may be a predictable product of thermodynamics.