It’s a familiar situation. We have a goal or a task to complete and make a practical plan, taking all the details into account. And even though it may be comprehensive and sensible, we also create a backup plan, just in case.  We think it telegraphs something. Having a plan B means that we are conscientious and smart. We thought of everything. Some even cling to the phrase, “If you don’t have a plan B, you don’t have a plan.” Most people consider this type of plan setting a proper course of action. But according to two researchers, having a contingency plan could undermine the success of your original.

Jihae Shin at the University of Wisconsin-Madison, and Katherine L. Milkman at the University of Pennsylvania collaborated on this study. As for what inspired it, Shin said, “I was talking with Katy about how sometimes I was hesitant to make a backup plan, because somehow I thought it might hurt my chances of success in my primary goal.” Milkman was fascinated with the idea. The two decided to see if Shin’s perception was indeed correct. Through a number of experiments, Shin and Milkman found that having a plan B made subjects less inclined to work hard in order to achieve their goal through plan A. 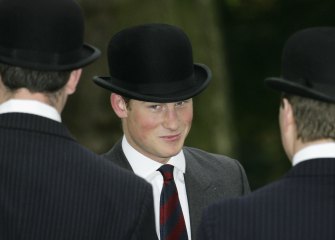 A plan B may make you smug and less motivated to achieve your goal through plan A.

In the first experiment, participants were given an unscrambling task. They were put into groups and given a jumble of mixed up words, which they had to put in order. Those who had a high proficiency rate were given a reward, either they were given a snack or a chance to leave the study early. Some teams were told that they would find other opportunities to earn a snack or some free time later on, if they didn’t do so well on the initial task. Those groups who came up with a backup plan did worse on the unscrambling challenge and took longer to complete it. Since the motivation to reach their goal was no longer felt so strongly, they relied on their backup plan, thwarting the initial effort.

A plan B does have psychological benefits, such as reducing anxiety. But it also comes at a cost. Up until now that cost, scientifically speaking, has been more or less unknown. Now we know that it can be significant. There are two instances however where researchers found that a backup plan could be useful, such as when you achieve a goal through mere luck or an inherent skill. Here, a plan B shouldn’t impede on performance, according to Shin and Milkman.

The researchers’ stress that they aren’t saying to forgo backup plans, entirely. Instead, realize that having one can undermine your efforts if you’re not careful. If making a backup plan works for you, by relieving crippling anxiety say, by all means do it. But understand the impact it can have, shore up your resolve, and be ready to tackle the problem at full throttle, in your first go. Another option Shin suggests, “You might want to wait until you have done everything you can to achieve your primary goal first,” and then form a plan B. 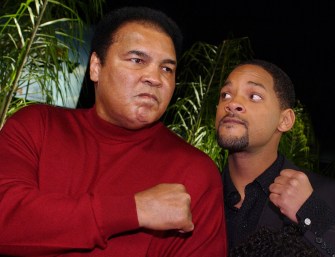 Over planning can doom one to failure. Instead, strengthen your resolve and give it your all in your first go.

This finding squares remarkably well with a quote by celebrity Will Smith, “There’s no reason to have a plan B because it distracts from plan A.” The five time Golden Globe and two time Academy Award winner might know something about it. Also, we must be open to changes when we face a challenge and be flexible in our thinking to respond to them. Many times, contingencies lack the ability to forecast the unforeseen and have to be scratched anyway. So it is better to relax, feel confident in your abilities and motivated, have patience in evaluating the problem and diligent to be sure you perceive it correctly. Then pivot to meet the challenge head-on. Anyway, isn’t that what Will Smith would do?

To learn other elements of Mr. Smith’s inspiring worldview, which may or may not be backed by science, click here:

The aging brain is networked differently.
Up Next
The Present

‘I thought I saw a terrorist’: How to manage false alarms, blind fear and panic

Rumors of a terrorist gunman escalated at LAX. A panicked crowd trampled an old woman, snapping her femur. In our best Dick Cheney voice: “If you allow blind fear to disrupt society, the terrorists have already won.”