A new study suggests that switching to a Mediterranean diet in your later years may help you live longer.

The Mediterranean diet includes many dishes inspired by the plants and animals that were common in Greece, Southern Italy and Spain during the 1940s and 1950s. It includes high consumption of olive oil, vegetables, nuts and fruits; a moderate amount of fish, wine and dairy products; and low amounts of non-fish meats.

“We all know that [the] Mediterranean diet is good for health, but there are few studies focusing on the elderly,” Marialaura Bonaccio, an epidemiologist at the Mediterranean Neurological Institute, IRCCS Neuromed, and first author of the study, told The Guardian.

The study, published in the British Journal of Nutrition, analyzed a group of 5,200 individuals aged 65 and over from the Molise region of Southern Italy, all of whom had participated in an earlier study that tracked their health and diet from as early as 2005 up to 2015.

Before that study began, each participant completed a questionnaire measuring how closely they stuck to a Mediterranean diet based on a 0 to 9 scale. 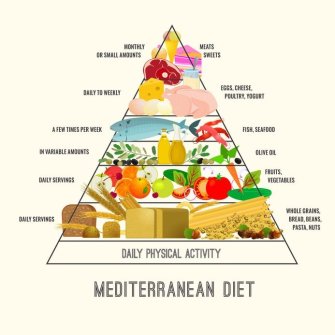 The results showed that participants who closely adhered to a Mediterranean diet (scoring 7 to 9 on the scale) were 25 percent less likely to die from any cause compared to those who didn’t stick to the diet (scoring 0 to 3).

The study doesn’t necessarily prove a causal link between longer lifespan and the Mediterranean diet. Also, those who stuck to the diet were also more likely to pursue exercise and physical activity.

As an unprecedented amount of people worldwide begin to enter old age, Bonaccio said it’s important that scientists investigate all the available tools that might smoothen the aging process.

It now moves to a full hearing in front of the arbitrator.