If ABHD2 can do both of those things, that would make it the very first unisex birth control — and depoliticize it. “We have an actual target for unisex contraceptive development,” Miller says. “If you can stop progesterone from inducing a power stroke, sperm are not going to be able to reach or penetrate the oocyte.”

Miller and her fellow researchers were able to identify the protein receptor and its actions by putting electrodes on a sperm’s tail. Those electrodes allowed the team to observe and record the sperm’s reactions to hormones. That helped them observe the calcium channel CatSper and notice that it was activated by progesterone. “Progesterone unlocks the channel gate,” Berkeley explains in a release, “letting electrically charged calcium atoms flood into the cell. This leads to a biochemical cascade that readies the sperm cell for its last-ditch effort to fertilize the oocyte.” ABHD2 binds to the progesterone and triggers that last-ditch effort.

With all this knowledge of ABHD2, and given that cells in other parts of the body also release progesterone, Berkeley researcher Polina Lishko explained the team’s next steps this way:

“Now that we know the players, the next step is to look in other tissues that express these proteins to see whether progesterone acts on them in a similar manner to affect pain threshold adjustment in pain sensing neurons, surfactant production in the lungs or the excessive smooth muscle contractions found in asthma. This may be a universal pathway in all cells.”

It’s only a matter of time before researchers shed more light on male fertility and use it to create a unisex contraceptive. And once we have birth control that impacts sperm, the tone of the debate will change and we’ll come up with better options for everyone. 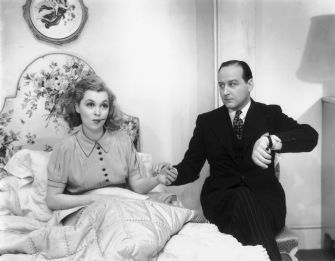 The hyperloop would be a great idea for a completely flat planet. With topography and infrastructure, it’s a very different story.
Up Next
Surprising Science

In One Universe, the Cat Dies

How the uncertain fate of a fictional tabby gave us the multiverse.