In our culture historically, fertility was the realm of women. Women are told to watch what they eat, exercise regularly, avoid alcohol, and generally take care of themselves while pregnant, even when trying to conceive. The impact of the father’s health was thought minimal. Due to this, fertility research has focused more on women’s reproductive systems than men’s, as well as the impact of their lifestyle choices on their children. But now, research on the male side of things is starting to pick up, and we are gaining more insight into infertility issues, and even health problems occurring in offspring later on, due to the father’s lifestyle.

Previous studies have shown that a mother’s weight and her diet affect her daughter’s chances of developing breast cancer. Now, a new study finds the same about fathers. A father’s obesity during conception is likely to raise his daughter’s breast cancer risk, researchers have discovered.

According to a study published in the journal Scientific Reports, obesity in the father alters the gene expression of his sperm, which could increase the risk of breast cancer in daughters. Investigators at the Georgetown Lombardi Comprehensive Cancer Center in Washington, D.C. conducted this study, led by Sonia de Assis, Ph.D. 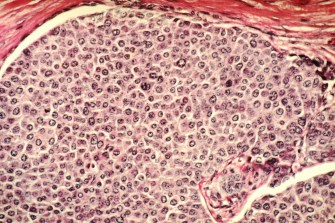 Breast cancer is the second most commonly acquired in the U.S., after melanoma. 246,660 women are projected to be diagnosed this year. Risk factors include being over age 55, having a family history of the disease, carrying certain genes or genetic mutations, obesity, alcohol abuse, and more. Now one additional item may be added to the list, a father’s obesity at the time of conception.

Studies on women have revealed that certain lifestyle choices, such as smoking or eating a poor diet, can lead to gene mutations, which may be passed on to her children. Between five to 10% of these mutated genes are inherited. There is also some evidence linking maternal obesity to such mutations, raising the risk of the child developing breast cancer later on. Even so, few studies have looked into the father’s weight and what role it played. De Assis and colleagues had moved in to help close the gap. 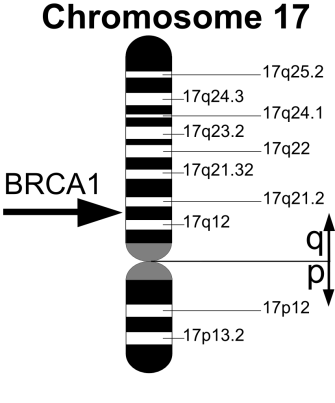 They experimented on laboratory mice. There were two cohorts. One had male mice who were fed a normal diet, the control group. The other had male mice fed an obesity-promoting one. After some time, each were presented with female mice of normal weight for mating.

Soon, the pups were born and matured. Once they did, researchers rated and analyzed the female’s breast tissue. Those pups born to obese fathers developed breast tissue later than their peers, and were more likely to develop breast cancer. The scientists also examined the sperm of obese male mice. Here they found that microRNA (miRNA), molecular strands which regulate gene expression, had been altered. This same alteration was present in the breast tissue of their daughters. Epigenetics is how genes are changed to allow the body to respond better to forces in the environment. But in this case, the alteration does nothing to promote life, just the opposite. 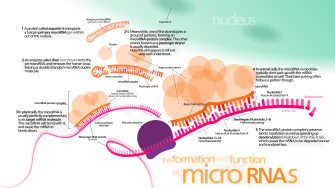 Dr. de Assis said, “This study provides evidence that, in animals, a father’s body weight at the time of conception affects both their daughter’s body weight, both at birth and in childhood, as well as their risk of breast cancer later in life.” She added that although these were studies conducted on mice, other research has shown that epigenetic changes occur in the sperm of obese men compared to lean ones, giving us reason to believe it may occur in our species too. The next step is to find out whether or not this process takes place in humans. If it does, the ramifications are grave, especially considering the ongoing obesity epidemic occurring worldwide, beginning in the U.S. in 1994.

In ancient Greek mythology it was possible for humans, who committed atrocities against the gods, to become cursed, with their future progeny bearing the burden. Oedipus is an example of this. And in the Old Testament it is written that the sins of the father would be visited upon his children. Gluttony after all is one of the seven deadly sins. Had ancient societies picked up on a biological phenomenon, that certain epigenetic traits are passed down to future generations? It’s an interesting speculation, but nearly impossible to prove, at least, currently.

The takeaway is that, men and women should eat a well-balanced diet and do what they can to maintain a healthy body weight. That’s easier said than done in today’s frenetic world, where convenient and unhealthful food is offered at every turn. Nevertheless, with careful planning it can be done. And now there is more fuel to motivate those wishing to have a child to get healthy. Just remember the benefits don’t only extend to you, but your future children, allowing them a chance at a healthy life.

Want to know more about the risk factors of breast cancer? Click here:

The crabs’ blue blood contains an ancient immune defense mechanism that has helped save countless human lives.
Up Next
Starts With A Bang

The Grand Canyon, as viewed from Pima Point, with the Colorado River running through it. Image credit: Wikimedia Commons user Chensiyuan, under a c.c.a.-s.a.-4.0 international license.Why Everest and the Grand […]