Two of the things you need most when you’ve been sick or had surgery are time to heal and sleep. If you’re recovering in a hospital, you certainly get the first, but sleep’s another issue altogether. Those places are noisy. The din is hard on patients, and it does no favors for staff who struggle just to hear themselves think.

Quartz recently reported on a study that found ambient noise in hospitals during the day hits 72 deciBels (dB) and 60 dB at night. To give you an idea of what these numbers represent:

Some people are more sensitive to noise than others, to be sure. But nonetheless, hospitals are considering the sonic landscape in trying to make each patient’s experience as pleasant and healing as possible. Here are some of the things you may see happening in hospitals in coming years. 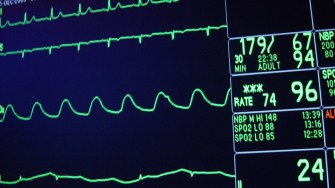 Aside from all the inevitable noises of people moving around, wheels squeaking, doors opening and closing, there’s the continuous beeping and ringing of alarms and alerts. A healthcare non-profit, the Joint Commission, found out that from 85% to 99% of the alerts and alarms in the hospitals they studied study didn’t really need to be sounded. These extraneous alerts aren’t just annoying, either. They contribute to what’s called “alarm fatigue,” where staff unconsciously begin to tune out the racket — lives can be lost if medical personnel wind up missing the alerts that matter.

Experts believe the solution to out-of-control alarms may be to invest in wearable tech for staff that allows an alert to be targeted specifically to the people who needs to receive it. If phones discreetly get our attention with vibrations and ring tones, why not alerts on the hospital floor?

The Sounds of Pain

Even more than the alarm issue, patients are troubled by the heartrending cries of others in pain. These are inevitable, and there’s a limit to what can be done. But some hospitals, like the Josie Robertson Surgery Center and the Cleveland Clinic are trying to get more patients into private rooms where care can be delivered more respectfully and humanely, and patients nearby are better shielded from troubling sounds. 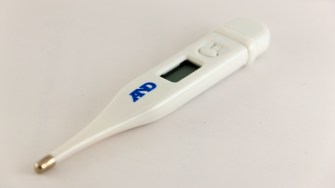 Many of us have had the experience of being awoken in a hospital by a nurse inquiring if we’re asleep. Maybe no more: Hospitals are increasing their emphasis on “passive care” that doesn’t require disturbing a patient’s precious sleep. Florence Nightingale wrote long ago,”“Never to allow a patient to be waked, intentionally or accidentally, is a sine qua non of all good nursing. If he is roused out of his first sleep, he is almost certain to have no more sleep.”

In addition, hospitals are working to re-schedule specialists’ rounds so that they don’t bother patients at night.

Then there’s the noise you want. Over 900 hospitals worldwide have deployed the C.A.R.E. audio channel for patients. It features peaceful, relaxing ambient sounds that can mask background noise and be therapeutic at the same time. It’s not dead silence that patients generally crave — or expect — and a sound you personally find calming can make a difference.

Hospital stays can be an ordeal all by themselves beyond the condition you’re there being treated for. As medicine becomes more holistic in its perspective, it only makes sense that hospitals are realizing what an important role sound can play in effective healthcare.

These hard-to-finish books are still worth the effort.
Up Next
Health

Why is Monogamy So Difficult? It’s Made For Society, Not For Us.

Which came first, monogamy or the social contract? Evolutionary psychologists and biologists think the latter.