Scientists have known since the 1930s that calorie restriction helps mammals stay healthy and live longer. But the mechanisms behind this have been a mystery, until now. Researchers, in a groundbreaking study out of Temple University in Philadelphia, found it has to do with an epigenetic phenomenon known as “methylation drift.” The results were published in the journal Nature Communications.

To conceive of this breakthrough, we must understand epigenetics. This is the system in which genes are expressed or suppressed, depending on conditions in the environment. Epigenetic changes help an organism adapt to their environment and pass on adaptations to offspring.

We may contain genes for certain traits, but if they don’t match environmental situations, they may never be expressed. For instance, someone may have the genes for a tall stature and an athletic build. But if all they eat is junk food and never get proper exercise, that person will likely be overweight and stunted.

DNA methylation is the process by which genes are expressed or suppressed. These are chemical markers that essentially activate certain genes by tagging them. The tags will tell a cell what type it will become, whether a blood or skin cell, or what-have-you. They also tell it what operations it will perform and when to perform them.

It’s important when DNA is replicated whether the right genes are turned on or off. Normal methylation is important for our growth and development. But abnormal methylation can cause certain diseases such as lupus, muscular dystrophy, and cancer. As we grow older, methylation begins to drift. Also called epigenetic drift, this is when a buildup of tags occurs within a certain gene, making its expression less pronounced. 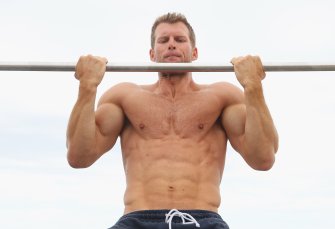 Though we may carry certain predispositions, the right experiences or environment is needed to bring them out. Getty Images.

Scientists at the Lewis Katz School of Medicine (LKSOM) at Temple conducted the study. They were led by Dr. Jean-Pierre Issa. He’s the director of the Fels Institute for Cancer Research at LKSOM. According to Dr. Issa, “[DNA] methylation patterns drift steadily throughout life, with methylation increasing in some areas of the genome, and decreasing in others.”

He told Medical News Today that methyl tags “tell the cell what to do and when to do it.” If they’re missing or changed, the identity of the cell erodes. “Methylation ‘drift’ is a composite measure of how much these tags have changed,” Dr. Issa said.

To conduct the study, researchers first acquired blood samples from a number of mammalian species: mice, rhesus monkeys, and humans. They examined the DNA in them. Each set of species had subjects which ranged in ages.

The mice were between a few months and three years old. The monkeys ranged from a few months to 30 years. As for human subjects, they were between birth and 86 years-old. The average lifespan for a mouse is two to three years. For a rhesus monkey, it’s 25 years-old, and for a human around 70 years-old. Turns out, methylation drift occurs more quickly in mice than monkeys, and faster in simians than in us. 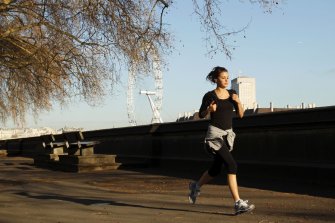 The more complex the species, the longer they live. That includes us, if we keep ourselves in shape that is. Getty Images.

The scientists looked at the “gains and losses of DNA methylation,” along each subject’s genome. While younger subjects had more gains in certain locations, older ones had more losses. Researchers found that the more times a gene was tagged through methylation, the less the gene was expressed. Conversely, the fewer times it was tagged, the more it was expressed.

Next, scientists wanted to see if a restricted calorie diet might increase a mammals’ lifespan. They reduced the caloric intake of mice by 40%. These were almost three and a half months old. The mice stayed on the diet until they were two to three years-old.

Rhesus monkey subjects were between ages seven and 14 and their caloric intake was restricted 30%. The monkeys stayed on the diet until they were between 22 and 30. Though the mice made modest gains, the monkey’s methylation age turned out to be seven years younger than their chronological one. Methylation changes in both species resembled that of younger animals.

These results may have an impact on treating or preventing age-related diseases such as heart disease, cancer, Alzheimer’s, and diabetes. It might also open up avenues for anti-aging medicine. Even so, researchers do not recommend anyone start up a calorie restricted diet. We don’t know how it’ll affect the body just yet. Plus, you could end up malnourished, which would counteract any health gains. 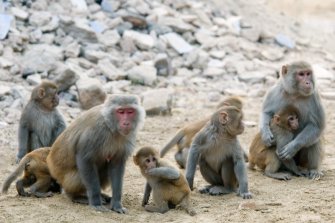 Rhesus monkeys methylation was seven years younger than average when put on a calorie restricted diet over a significant time period. By Paul Asman and Jill Lenoble, Wikimedia Commons.

One popular choice some are making today is intermittent fasting. Though historically, it’s been used for religious purposes, today intermittent fasting is helping people lose weight. The method entails avoiding any caloric intake one to four days per week, and eating normally on all the other days. Some say it’s easier to follow than other kinds of diets.

There are several different types, including alternative day fasting, two days per week fasting, and fasting for certain hours of the day. With alternative day fasting, you eat one 500 calorie meal at lunchtime on fasting days, and don’t limit what you eat on feasting ones. With the two day per week plan, women eat 500 calories on fasting days and men, 600. For the other five days, one eats as one normally would.

For daily intermittent fasting, the 16:8 approach is popular. Here, you eat all your meals within an eight hour clump during the day and abstain from eating for the other 16 hours. This is also sometimes called time-restricted eating. The benefits to intermittent fasting include possible longevity, better insulin sensitivity, and help warding off neurodegenerative diseases such as Alzheimer’s. This study would tend to strengthen those claims.

Still, this is a whole new area being explored. So if you’re looking to change your diet radically or are considering intermittent fasting, talk it over with a doctor or certified nutritionist before moving forward.