The Bermuda Triangle is a part of the North Atlantic Ocean where many airplanes and ships have disappeared under mysterious circumstances. The triangle supposedly stretches from Miami to San Juan, Puerto Rico and over to Bermuda. As the region is world famous for unusual vanishings and sinkings, can the potential danger that it poses be ended by the advanced navigational technology of modern times?

From what we know, 75 planes and hundreds of ships were claimed by the area, with possibly many more that didn’t make it into the records. One of the most famous incidents that caught the public’s attention was the loss without a trace of USS Cyclops in March of 1918. The ship had 306 crew and passengers on board.

Setting off from Rio de Janeiro, the ship was on its way to Baltimore but never made it there. The investigation that ensued looked at many possible explanations, like structural failures, German u-boats (as this was still during World War I), engine trouble and bad weather. But there was no definitive answer, with the investigators writing that while “many theories have been advanced,” none could “satisfactorily account” for the ship’s disappearance. 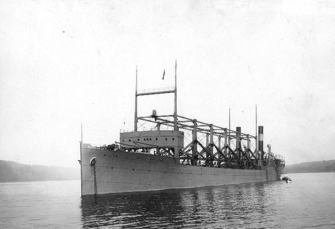 USS Cyclops on the Hudson River in 1911.
Another infamous mystery in the Bermuda Triangle area (also known as the “Devil’s Triangle”) was the disappearance of Flight 19. On December 5th, 1945, five Avenger torpedo bombers of the U.S. Navy, with 14 men, took off from Fort Lauderdale in Florida on a bombing run over Hen and Chickens Shoals. They were led by the instructor Lieutenant Charles Taylor.

What happened to the planes next may very well be blamed on a lack of a good navigational system. The two compasses that Taylor had to use in pre-GPS days started to malfunction. He led the planes first one way and then another. In the meantime, the weather changed from sunny to stormy.

As the planes started to run out of fuel, Taylor was heard on the in-flight communications system planning to ditch them at sea. While the planes were rugged, they were also heavy and would sink quickly. Considering the weather, it was unlikely anyone of the crew would survive on the high seas. Th planes disappeared. And what’s more, a rescue plane with 13 people that was sent to find the torpedo bombers also vanished, possibly exploding in a fireball. 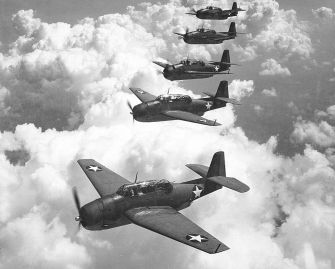 Initially, the navy blamed the pilot as the cause of the incident but then changed the conclusion in the final report describing what happened to “causes or reasons unknown.”

In another instance of an unexplained mystery in the region, SS Marine Sulphur Queen, a civilian tanker carrying sulfur and crewed by 39 people, disappeared near the southern coast of Florida in 1963. The Coast Guard’s investigation found a number of technical issues that should have prevented the ship from even going to sea, like frequent incidents of fire by the sulfur tanks, problems with its keel, widespread corrosion and lack of inspections. Nonetheless, the fact that the ship was lost in the Bermuda Triangle area made it the subject of many an article by writers like Vincent Gaddis in the 1960s, looking to make a connection to the other mysteries of the area. 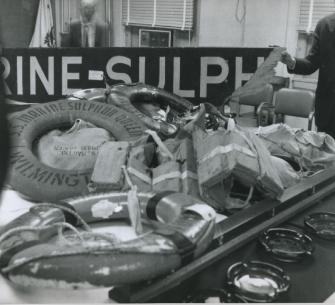 If, like the US Coast Guard, you think all these kinds of events can be explained by outdated technology, human error, and navigation issues, the case of SS El Faro may give you pause. On September 25th, 2015, El Faro sailed from Jacksonville, Florida to San Juan, Puerto Rico—a route placing it squarely within the classic boundaries of the Triangle.

The ship carried shipping containers, trailers, and cars and was crewed by 33 people. Aware of the brewing Hurricane Joaquin, the ship’s Captain Michael Davidson charted a course that should have kept his vessel away from the hurricane’s eye. As the ship recently completed an inspection, it was in reasonable technical condition.

After the ship’s inevitable disappearance, investigators claimed that the ship must have changed course and ended up deviating from its original path, going directly into the path of the storm. After numerous rescue and salvage attempts, the ship was located sunk 15,000 ft below the surface. The ship’s voice data recorded corroborated the theory that the ship ended up sunk by the terrible storm it waded into.

Of course, while there are explanations for what happened to the ship, the fate of this modern vessel which also seemed to have ended up in the wrong place at the wrong time has only added to the enigmatic aura of the Triangle. At least in the eyes of some people who continue to believe it has the power to sink the humans who dare cross it.

The majority of the stories about strange sinkings in the Bermuda Triangle come from earlier in the 20th century or even before, as Christopher Columbus supposedly saw a fireball and observed weird compass readings when passing through the area. That begs the question: is modern navigation technology generally defeating whatever causes the frequent instances of navigation issues in the area? A gyro compass, for example, has the advantage over a magnetic compass in that it is not affected by an external magnetic field. 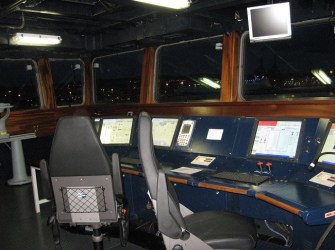 Contemporary ships also use radars to figure out distances of the ships from land, other ships, and random floating objects. According to Marine Insight, they also have GPS, radar plotting aids, automatic tracking aids, echo sounders, and state-of-the-art Electronic Chart Display Information Systems (ECDIS). They are harder to sink but still, there are areas like perhaps the New Bermuda Triangle, where no amount of amazing tech seems to be keeping the ships from bumping into each other and experiencing most of the shipping accidents and sinkings in the world.

Related
Life
Our antidepressant drugs are affecting animals and ecosystems
A toxicologist explains the impacts of antidepressants on fish — and no, they’re not getting any happier.
The Past
Ancient migration: Bering Strait land bridge from Asia to North America was not a one-way road
Ancient humans crossed the Bering Strait land bridge from Asia into North America. But some of them went back.
Sponsored
Want to boost your happiness? Buy experiences, not material possessions
Some experiences continue to pay dividends time and time again.
High Culture
Did Paul Cézanne hide an early self-portrait underneath a 160-year-old still life?
To answer that question, we may have to figure out when the famed painter started to go bald.
Strange Maps
Dutch government releases a genuine treasure map from WWII, sparking a hunt for the loot
X marks the spot. The Dutch town of Ommeren has been swamped by detectorists armed with shovels looking for $20-million treasure.
Up Next
Starts With A Bang
How do volcanoes make lightning?
The science of volcanic lighting is almost as spectacular as the phenomenon itself.When hot, molten rock pushes its way up through the Earth’s crust and exits through to the surface, […]