Today, most diseases are cured through medication. These have side effects, the patient could build up a tolerance, be allergic, or even have an adverse reaction. Now consider the possibility of gene editing. Here a doctor could go in, snip out the improper genes and essentially deactivate your disease. The physician has cured the patient without any adverse effects. This is the promise gene editing holds, and much more. Incurable diseases could become curable, new drugs could be fashioned to battle cancer, Alzheimer’s, and other conditions, and devastating, intractable genetic diseases could become a thing of the past.

Aging may be slowed down and our lifespan lengthened. Even the obesity epidemic could be tackled and reversed, as the condition has a genetic component. There are potentialities for research too. Fast forward several decades and we may be able to understand and manipulate the entire human genome. But we aren’t there yet. These therapies have a long way to go before they are commercialized. Yet, the potential is there.

The basic idea is to change the DNA of the disease to eliminate it or make it harmless. The concept formed decades ago when scientists first learned that bacteria chop up the DNA of dangerous viruses, making them harmless. Over the years animal testing has been successful. Today, researchers are just beginning to attempt gene editing in clinical trials on humans, focusing in on rare diseases that only affect a sliver of the population.

Over 3,000 conditions have been linked to individual gene mutations. But instead of tackling these outright, scientists are approaching those illnesses that are likely to achieve results. HIV is one such disease. Hemophilia, beta thalassemia, and sickle cell disease are others. These are monogenic, meaning only one gene is responsible for the illness. Once this method is perfected, multi-gene conditions such as heart disease can be tackled. 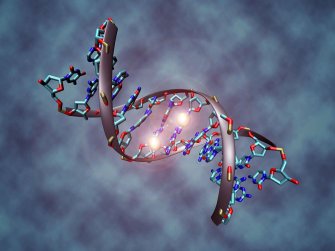 DNA being edited. Gene editing allows for the removal of one or whole sections of genes, replacing them with health substitutes.

It isn’t really gene editing per se. Technically, this method is known as genome editing, which is adding, repairing, or removing genes from a patient’s genome. Genes or bits of DNA can be added or removed as one cuts and pastes words into a sentence in a Word document. The very first developed technique is known as the zinc-finger method. It’s been around for two decades.

Zinc finger nucleases are proteins which bind to DNA in specific areas. They are made from natural enzymes and are usually introduced to the brain, organs, or blood. Some are used in T-cells or stem cells outside the body, and then inserted at a specific location. This allows natural processes to heal the body. These genes find a break in DNA strands, locate the defective genes, and replace them, all by themselves. Since the earliest versions of this method are just now entering human trials, no one knows when they might be ready for human use.

Three years ago, a new method sprung up which may compliment or even rival the zinc-finger method. It is known as, “clustered regularly interspaced short palindromic repeats” (CRISPR). This has being hailed as the next generation of gene editing. Some genetic researchers have even switched from studying the zinc-finger method to CRISPR. Not only is it precise but less expensive. However, since CRISPR doesn’t locate problems on specific DNA strands, it may be more difficult to utilize therapeutically. One team using the CRISPR technique was able to manufacture T-cells resistant to HIV, according to a study published last year. CRISPR is now being used at Georgia Tech to try and cure sickle cell disease.

Other countries have taken things one step farther. Britain made waves recently when it allowed gene editing to take place in human embryos. Researchers there want to understand the processes involved in miscarriage. This kind of research isn’t banned outright in the U.S., but the National Institutes of Health (NIH) refuse to fund any research on human embryos. 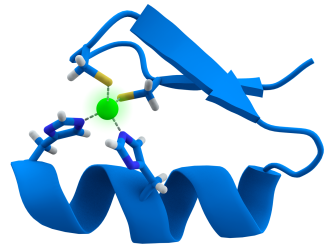 Of course there are potential drawbacks. Some scientists fear that we could inadvertently cause or even create a disease through a misstep in gene editing. So far most experiments have been on somatic cells, ones that stay with the host. But some scientists call for research on the germline, or cells which are inheritable. Any mistakes made however could not only potentially breed a new disease, it could also be passed on, making future generations pay for a simple mistake of science. Several geneticists have made a case to put a moratorium on editing the germline.

There is also the possibility, though more science fiction at this stage, of creating a chimera, a transspecies creature which has elements of human and animal DNA, much like the inhabitants of The Island of Dr. Moreau. There are laws against this, as well as conducting human genetic engineering of any kind, even for the creation of “designer babies.” This technology is still in its infancy. No one really knows where it is going. However, research scientists are optimistic that several breakthroughs are going to occur within the next decade.

To learn more about the potential pitfalls click here:

Planet Nine May Have Been Stolen from Another Solar System

The mystery surrounding Planet Nine continues. This time around researchers question its origins.