When we think of psychological disorders, we consider each a separate condition. We examine the symptoms, try to find where they stem from, and what specific medication or therapy might address it. Addiction on the other hand, comes with a whole different set of causes, it is thought, and has its own treatments and procedures. Though we’ve compartmentalized mental illness and addiction into various divisions and subdivisions, former FDA commissioner Dr. David Kessler says that in fact, these seemingly disparate issues actually derive from a single origin.

In his new book Capture: A Theory of the Mind, he elaborates on this concept. By studying what causes people to smoke or overeat, Kessler says he discovered that the same mechanisms which drove these habits were also responsible for things like depression. The idea is that we are “captured,” or captivated by something in such a way that we can’t let it go. According to the former pediatrician and Yale dean, capture is really a brain-based phenomenon. Not only that, but it can also become an overarching perspective through which we may view any obsession, disorder, mental illness, addiction, and even suicide.

There are three parts to this theory: the “narrowing of attention, perceived lack of control and change in affect, or emotional state.” To boil it down, capture is basically any stimulus, be it an object, thought, activity, substance, or person, which overtakes our mind. Though depression may not at first glance seem to fit easily into this theory, Kessler says, “‘Depression’ is a label used to describe a group of symptoms. It is not a cause.” 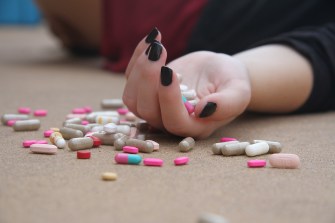 Though medication can help, Dr. Kessler says it doesn’t delve down to the root of the problem.

In some sense, capture is a mental hijacking. But it isn’t always bad. In fact, the doctor credits the Protestant Reformation and the founding of Alcoholics Anonymous on capture. There are ways to take over the process and make it work for a higher goal, he says. The stimulus itself is neutral. You can be captured by something positive or negative. What is central is the lack of control one feels when faced with the overwhelming desire to unite with it. Even though we are constantly bombarded with stimuli, it’s this one particular thing that preoccupies out thoughts. While in reality we may be in the driver’s seat, capture gives us the illusion of losing control.

In the case of depression, it may originate with an early memory or trauma. The person becomes fixated on that memory. Whenever he or she encounters a trigger or cue, it turns the mind toward it, and the person begins to ruminate over the experience, which thereby causes depression. The emotion itself soon takes over, becoming the stimulus. In an interview on the Diane Rehm Show Kessler said, “That output becomes the input.”

In this way, the person gets caught in a vicious cycle and can’t break free.  Kessler believes that we should move away from the idea that people with mental illness as “sick” or “broken.” Instead, we need to look at it as a physical problem, and begin to examine what brain circuitry underlies such phenomena. 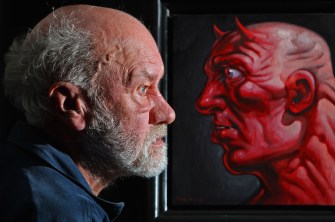 Historically, mental illness was seen as evil or a form of possession. Today, many sufferers feel broken or lost. But Dr. Kessler’s theory offers a healthier outlook and hope for those struggling.

Though in essence the book is about the “biological mechanism” behind mental illness and addiction, reviewers say anecdotes in the book are numerous, whereas hard science is scarce. Instead of brain imaging studies, case studies are what Kessler’s theory rests upon, at least for now. There is mention of Hebb’s rule, which states that brain neurons are prone to firing in patterns that have previously taken place. So the more we interact with the stimulus, the more this pattern becomes ingrained and the harder it is to break, what radio host Brian Lehrer called a “feedback loop.”

Though Kessler believes medication is worthwhile, it only dampens the desire for the stimulus, he says. “I think that the best way to treat being captured, whether it’s by a negative stimuli or an addictive substance or a fear, is to find something else that’s going to capture me that has even more importance to me.” This means supplanting the obsession with something positive and deeply fulfilling for the person.

This new outlook is interesting and could cause a wave of research in its aftermath. It may even revolutionize how we look at mental illness. Yet as it stands now, without hard science to back it up, such as an identified neural pathway, capture remains in the theoretical realm. Another issue is exactly why some people get captured, while others don’t. Beyond such questions, we must recognize that such radical speculation is necessary, particularly today when addiction and psychological disorders are on the rise.

To hear Dr. Kessler explain his theory for himself, click here:

While most participants fibbed a little bit, laptop users were much more likely to lie – and by a lot more.
Up Next
Culture & Religion