I have a friend that’s been teaching for over a decade in a difficult, inner city neighborhood in northern New Jersey. She’s a gregarious, warm-hearted, motivated teacher and she’s made quite an impact. Despite many challenges, her children score among the highest in the state, and she’s won several awards. Recently, a student of hers who’s earned his master’s degree and is finishing up his second book, asked her to write the foreword to his latest tome, which he hopes will inspire youth like himself when he was growing up. I helped her with the foreword.

He said in the book that while a superb athlete, he was weak academically as a child. But my friend, instead of lumping him together with other students who struggled, placed him with high achieving students, instead. This pushed the author. He felt challenged. He couldn’t allow himself to slack off. It motivated him to do well in school. My friend’s former student wrote that he adopted this practice as his personal philosophy, to surround himself with those who challenge, aid, and motivate him, and help him to succeed.

The bottom line, humans are social creatures. Although our culture serves everything up on the altar of individualism, we are in fact far more influenced by those around us than we’d like to believe. It even comes down to our emotions and mood, which can ultimately affect our performance, for good or ill.

Emotions are contagious. Several studies have shown this. But a new one out of the University of Warwick in the UK, adds a new dimension that moods spread, particularly among teens. Not only are moods spread through the process known as social contagion, your clique’s prevailing mood can also keep you stuck in the same emotional gear. Researchers started out wanting to know if moods could be transferred among people in the same friendship circle. 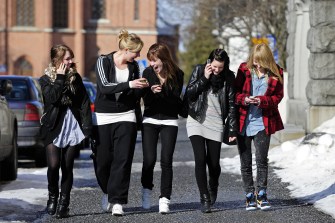 Investigators analyzed data from the National Longitudinal Study of Adolescent to Adult Health. They then employed mathematical modeling to gain insight into that data. This is a long-term study with questionnaires given out in US schools. The form includes questions about a student’s mood and friendship network. Researchers selected students in grades 7-12 in 1994-1995 and followed their cases up until 2008, when they were adults. Investigators found that the overwhelming mood of a group of friends can influence the mood of any individual adolescent.

Those in pessimistic social circles were more apt to so-called depressive symptoms, such as tiredness, lack of interest, sadness, poor concentration, feelings of worthlessness, and more. This wasn’t enough to thrust someone into outright depression, however. On the flip-side upbeat, empathetic, helpful friends were likely to lift an adolescent’s spirits and keep them elevated.

Patterns emerged for things like appetite, tiredness, and sleep within friendship networks as well. One relief was that clinical depression was not found to be contagious. This squares with previous studies. The results of this latest one was published in the journal, Royal Society Open Science. 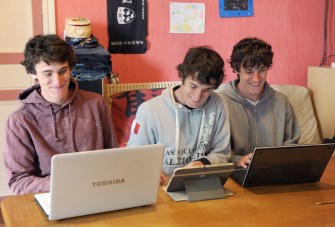 Moods spread via social contagion from one person to the next. Previous studies have mapped out how a mood can change the emotional profile of everyone within a social network. Researchers in this study believe negative moods could be counteracted by introducing positive friendships.

Rob Eyre is a public health statistics researcher at the university. He led the study. “Clearly, a greater understanding of how changes in the mood of adolescents are affected by the mood of their friends would be beneficial in informing interventions tackling adolescent depression,” Eyre said.

On another front, many in the psychological community believe sub-threshold depressive symptoms should be addressed by public health systems, in order to stop them from growing worse. Prof. Frances Griffiths, from the University of Warwick Medical School, was a co-author of this study.

Sub-threshold levels of depressive symptoms in adolescents is an issue of great current concern as they have been found to be very common, to cause a reduced quality of life, and to lead to greater risk of depression later on in life than having no symptoms at all. Understanding that these components of mood can spread socially suggests that while the primary target of social interventions should be to increase friendships.

To learn more about how moods and emotions are contagious, click here:

Can This Be Causing the Rise in Obesity and Diabetes?

An increase in carbon dioxide is not doing good things to our produce. Or bodies.