Climate change will be keeping cartographers busy for the next few decades as the outlines of our continents continue to shift and change due to rising sea levels. But many island nations and cities will be wiped off the map, entirely, as the waters swallow these communities.

A group Australian researchers are tallying the damage done in the Solomon Islands in a study published in Environmental Research Letters. Five of these islands in the Pacific have already vanished. Over the past two decades the islands have seen the rising sea levels push up their shores seven millimetres each year.

“At least eleven islands across the northern Solomon Islands have either totally disappeared over recent decades or are currently experiencing severe erosion,” the researchers reported in their study. “Shoreline recession at two sites has destroyed villages that have existed since at least 1935, leading to community relocations.” 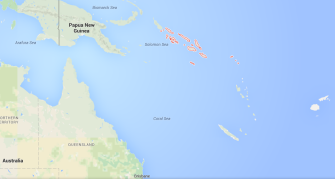 Thankfully, the five islands were not populated, but used as occasional fishing spots by local inhabitants. The Solomon Islands have been considered a hotspot for sea level rise by these researchers; the islands have seen shoreline loss three times higher than the global average. The researchers reason the slow loss of these islands are influenced by their exposure to “high wave energy,” which has pushed up shorelines.

“Understanding these local factors that increase the susceptibility of islands to coastal erosion is critical to guide adaptation responses for these remote Pacific communities,” the study said.

It’s possible the next refugee crisis will be not those fleeing from a war-torn country, but from a home-world that no longer exists. The changes have already forced communities to relocate within the Solomon Islands.

“In Mararo village on eastern Malaita relocation as a result of coastal erosion has been more orderly with the entire community making the decision to relocate from the coast to a high elevation site 20 m above sea level,” the study said. “In addition to these village relocations, Taro, the capital of Choiseul Province is set to become the first provincial capital globally to relocate residents and services due to the threat of sea-level rise.”

NOAA indicates the rate of sea level rise is at 0.12-inches per year. While the Solomon Islands have proven to be a special case, there are more cities under threat of being swallowed by the sea. I was recently in Venice, and watched as the tide came in and the ground beneath me began to bubble with sea water. By the end of it, the whole of Saint Mark’s Square was under a few inches of water. 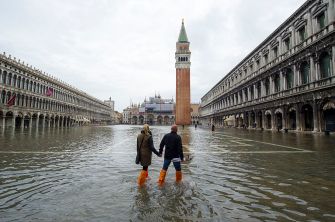 Other parts of Venice resembled beach-fronts, as waves would creep up the stone streets. 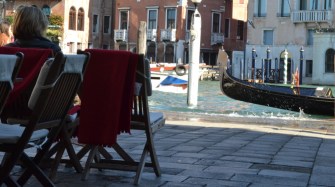 Miami is experiencing a similar “nuisance flooding.” Elizabeth Kolbert’ piece The Siege of Miamitells a story of of how this city is experiencing a daily high-water maker which continues to moved up about an inch each year. 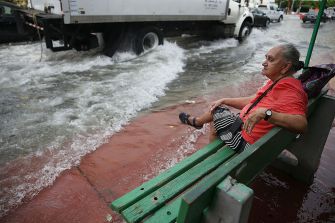 There should be no doubts that our world is changing. The question is what are we going to do about it?

Which States Are Best for Working Moms?

You might already have the lived experience of how difficult it can be to work and be a mom at the same time. But you might not have thought about how where you live plays a role.