No biggie. It’s just a “quantum satellite” the Chinese plan to use for teleporting information in mathematical subspace using Einstein’s “spooky action at a distance.” That distance being 1,200 kilometers.

Their satellite’s named “Micius,” after a fifth-century BC Chinese scientist, and it left earth early on August 16 from Jiuquan Satellite Launch Centre in the Gobi Desert. It was developed by China and Austria. It’s the first of an intended global system of 20 such satellites in China’s QUESS (“Quantum Experiments at Space Scale”) program.

The point of the Micius project is to create uncrackable encryption keys. An encryption key is typically a string of numbers known only to a sender and recipient that can decode an encoded, or “encrypted,” message. Hopes for the project are pinned on two quantum concepts: superposition and quantum entanglement (“spooky action”). 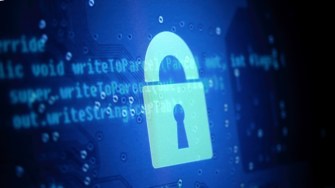 It’s all about encryption. (YURI SAMOILOV)

In quantum entanglement two particles form a single superposition together. This means that their states are interlocked as if they’re a single entity: Changing the state of one simultaneously changes the state of the other. This exchange of information is called “quantum teleportation.” It operates, in a way, outside of space and time because the connection between entangled pairs exceeds the normal speed limit for information: the speed of light. 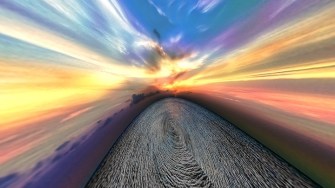 Faster than the speed of light. (FHG PHOTO)

Physicists know how to create pairs of entangled photons, sub-atomic light particles, and have observed them operating in sync between two of the Canary Islands at a distance of 143 kilometers. The Chinese hope that the lack of obstructive elements in space will allow them to send data further than on earth.

So here’s what Micius is going to attempt to do. Onboard the craft is an entanglement source crystal, quantum key communicator, quantum entanglement emitter, processing unit, and a laser communicator, according toPopular Science. Micius will create an entangled-particle encryption key it will transmit along with an encrypted message to a ground station in China or Austria. With one entangled particle on Micius and its partner on the ground, if they’re still in superposition when they’re received, sender and recipient can be confident their message hasn’t been compromised. 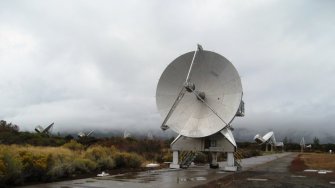 With the importance of unbreakable encryption becoming more and more obvious in a time of increasing cyber-crime, Micius is an attempt to give China a leg up on cyber-security, and they’ve invested $101 billion already in launching the QUESS project. Other countries are, of course, trying to achieve the same thing: The U.S. tried to launch its own quantum satellite in 2014, but the rocket ferrying it to the ISS exploded en route.

Will Micius work? We’ll see. If it does, it’ll put China firmly in the forefront of the Race to Subspace.

How did the Universe get its first supermassive black holes?

Illustration of the distant galaxy CR7, which last year was discovered to house a pristine population of stars formed from the material direct from the Big Bang. Image credit: M. […]