We tend to float about our lives, worrying about little inconveniences. But if the space inside your head is generally a peaceful one, count yourself lucky indeed. If instead, you are wrestling in the aftermath of some terrible trauma, it might seem like you’re the only one, but you are far from alone. According to the nonprofit PTSD United, Inc., 70 percent of U.S. adults have experienced a significant trauma at least once in their lifetime. That equates to 223.4 million people. 20 percent of those victims develop PTSD.

When we picture the disorder, we often see a returned soldier, usually male, wrestling with emotional scars from the battlefield. In reality, one out of every nine suffers is female. Women are twice as likely to experience PTSD as men. Child abuse, sexual assault, rape, a physical attack, and being a part of or witnessing violence and bloodshed causes this trauma disorder. Now researchers are determining how being traumatized alters the brain itself, in hopes of understanding PTSD better, and hopefully finding novel ways to treat it.

When a trauma occurs, the reptilian brain takes over. This is the brain stem or the earliest developed part. It kicks in the “fight or flight” response. All nonessential body and mind functions shut down. When the threat ceases, the parasympathetic nervous system down-shifts and resumes those higher functions. For 20 percent of survivors, after effects remain, what we know as PTSD. The organ being plastic, trauma fundamentally changes how it operates. Victims may have vivid nightmares and flashbacks, cannot abide change, and have difficulty expressing themselves. They will also avoid those things that remind them of their trauma. 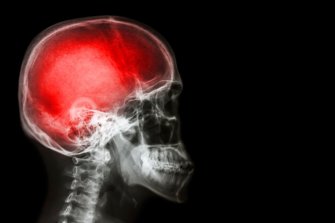 Several in-depth studies, using neuroimaging technology to map the brains of PTSD sufferers, have been conducted. These have outlined dramatic changes in brain structures and functions. The three most impacted places are the amygdala, the hippocampus, and the ventromedial prefrontal cortex (vmPFC). These complete the stress circuit inside the brain, and are responsible for the symptoms a sufferer continues to experience.

The most impacted region is the hippocampus, responsible for memory. This area regulates the storage and retrieval of memories, as well as differentiating between past and present experiences. Since the nervous system is stuck in high gear, stress hormones remain elevated. This damages glucocorticoid cells in the hippocampus, making it difficult to form synaptic connections, and thus sustain or recall memories. As a result, those with PTSD lose precious volume to the hippocampus. This causes an inability for the victim to tell the difference between past and present experiences. Due to this phenomenon, environments that even resemble where the trauma took place can cause panic, fear, and aggression. The victim cannot tell the difference between the past memory and the present situation. Since it is unknown to them whether the threat has passed, the victim remains hypervigilant. They are stuck in reactive mode.

Substantial loss of volume also takes place in the vmPFC. This area controls our response to emotions. With a limited vmPFC, victims find it harder to contain themselves or control behavior. Adding to this, the emotional center or amygdala increases in size. An overactive amygdala is responsible for the symptoms we generally think of when we consider PTSD including traumatic memories, negative mood alterations, an extreme startle response, and avoidance of anything that can conjure up trauma. These symptoms are confusing to victims who find themselves suddenly without control of their minds and bodies. They can’t understand why they are thrown into a rage or nearly brought to tears over the silliest thing. Sufferers may experience heart palpitations, memory loss, shaking, insomnia, nightmares, and difficulty concentrating. Also, hypervigilance causes elevated levels of stress hormones, making it difficult for the body to regulate itself. 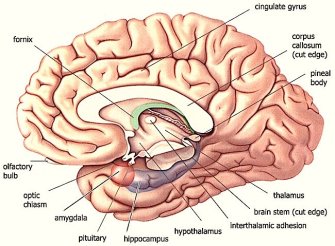 The good news is, this condition is reversible. The amygdala can calm down, the hippocampus to start regulating memories again, and the parasympathetic nervous system revert from reactive to restorative mode. Treatment includes certain medications and behavioral therapies which have been proven to increase hippocampus volume in PTSD sufferers. Besides these, there is neuro-linguistic programming, hypnosis, and other alternative therapies to reprogram the mind. Other helpful therapies include trauma releasing exercises, and body-mind techniques which can harken the person back to where they were before the trauma occurred, and help them to reconnect with themselves. Therapists agree that each PTSD management plan must be tailored to meet the individual’s specific needs. Over time, the mind can be rewired and the person’s life restored. Though easily damaged, the brain is also malleable and can bounce back.

To learn if different traumas cause different forms of PTSD click here:

Related
13.8
Could a hidden variable explain the weirdness of quantum physics?
We have searched and searched but have never found one.
The Past
The Wild West was lawless and chaotic — and the police helped keep it that way
Lawmen and outlaws were often the same people.
Thinking
6 great philosophers and how they used their political power
Most philosophers merely contemplate the world, but what about the ones who actually tried to change it?
Neuropsych
Asthma drug brings back “lost” memories
In a study involving mice, scientists used two different techniques — one optogenetic and one pharmacologic — to recover “lost” memories.
Hard Science
3 new studies indicate a conflict at the heart of cosmology
The Universe isn’t as “clumpy” as we think it should be.
Up Next
Culture & Religion
Why Do People Love to Hate Renoir?
Impressionist master or indulgent misogynist?  Why do people either love Renoir or love to hate him?