As we get to understand our microbiomes better, we’re coming to new realizations about how microbes affect our health. A lot of the news is good. For example, it’s increasingly believed that exposure to certain microbes in infancy can help protect children from getting allergies — one study even found a microbial upside to nail-biting and thumb-sucking. But now there’s news that a particular yeast called Pichia may actually be a trigger for developing asthma. There have been earlier studies that suggested exposure to some fungi could trigger or aggravate asthma in mice and humans, but this is the first direct link found in the gut microbiome of infants. 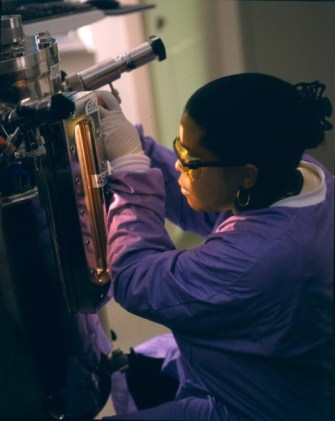 Scientists at the University of British Columbia in Vancouver, led by microbiologist Brett Finlay have just announced their finding at a news conference at the annual meeting of the American Association for the Advancement of Science.

After identifying four gut bacteria in Canadian infants that seem to protect against asthma — Faecalibacterium, Lachnospira, Veillonella, and Rothia — Finlay’s team was curious to see if the same was true for kids elsewhere. Ecuador has a similar asthma rate to Canada — 10% — so they studied the gut microbiomes of 100 Ecuadorian infants. They identified a set of 29 high-risk babies based on a few factors: Their exposure to antibiotics , their having had respiratory infections, and whether or not they’d been breast-fed.

They followed up with the children five years later. By age 5, over 50% of their high-risk group had contracted asthma. What surprised the team, though, was that the strongest predictor for getting asthma was the presence of Pichia yeast in a child’s gut. Pichia can be found in raw dairy products and in soil. 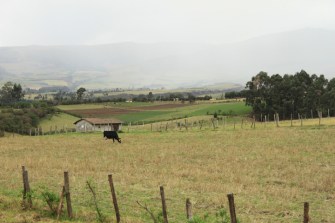 The mechanism that results in asthma isn’t known, but the team hypothesizes that Pichia somehow corrupts the still-developing immune system. Next up is a return to Canadian infants to see if Pichia is there, too.

Of course, the fungus isn’t the only thing that can tip a child toward acquiring asthma, and Finlay’s team discovered something some might find surprising: Kids with better access to clean water developed asthma more frequently — Finlay wonders if some dirt in less-clean water may actually be protective: “We’ve cleaned up our world too much,” he tells ScienceNews.

Related
Neuropsych
Psychology studies that go viral are likelier to be bogus
A new 20-year analysis of over 14,000 psychology studies finds that a study’s media coverage is negatively linked to its replicability.
The Future
How a device transmits radio waves with almost no power
Apart from the energy needed to flip the switch, no other energy is needed to transmit the information.
The Present
Radical idea: Redraw the U.S. map as a nation of city-states
While cities drive national economic growth, their political geography means they cannot effectively deal with inequality, poverty, and other socioeconomic problems.
The Learning Curve
Why do high IQ people stagnate in their careers? Emotional intelligence
Research suggests that emotional intelligence is more vital for success than IQ.
The Present
Even in the age of AI, some problems are just too difficult for computers
Computers are growing more powerful and more capable, but everything has limits
Up Next
Health
Vets say marijuana treats PTSD, but their doctors can’t prescribe it
PTSD develops after a person experiences, or is a witness to, a life-threatening or traumatic event — a natural disaster, for example — or is exposed to combat, or sexual […]