The psychological threat of parasites could be causing people to give rise to authoritarian governments, according to a growing body of radical and controversial research.

It might sound like science fiction, but it’s not that far fetched once you become familiar with parasite-stress theory.

Parasite-stress theory argues that the parasites and diseases encountered by humans over time have shaped our behavioral immune system, which is a suite of psychological mechanisms that allows us to detect and avoid pathogenic organisms. According to the theory, people who live in areas infested with parasites are more likely to think and behave in ways that minimize their risk of infection, including beingless open to strangers and less extraverted. 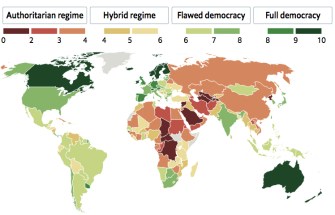 Explanations for the causes of authoritarian governments often include exploitable natural resources, economic inequality, lack of culture, or the ramifications of colonial withdrawal. But the more scientists learn about how parasite prevalence affects psychology, the more these explanations seem incomplete.

In 2013, researchers Damian R. Murray, Mark Schaller and Peter Suedfeld conducted a study based on parasite-stress theory that examined the relationship between parasite prevalence and authoritarianism in countries. The authors explained their reasoning:

“Because many disease-causing parasites are invisible, and their actions mysterious, disease control has historically depended substantially on adherence to ritualized behavioral practices that reduced infection risk. Individuals who openly dissented from, or simply failed to conform to, these behavioral traditions therefore posed a health threat to self and others.” 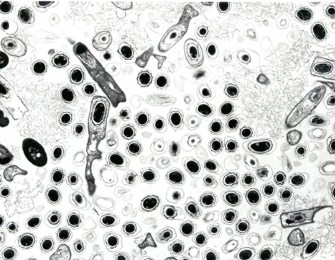 The authors said that authoritarian tendencies in individuals serve a self-protective function, and these tendencies can temporarily increase when threats become psychologically salient. They noted that individuals who perceive the threat of infectious disease tend to: 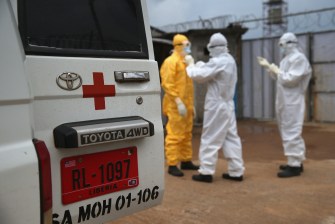 The results of the study showed strong correlations between parasite prevalence and authoritarianism – both at the state and individuallevel.

However, the key question was whether individuals with authoritarian traits brought on by parasite prevalence were, in some way, causing their governments to become authoritarian. So the researchers ran four mediation analyses using a bootstrapping procedure to find out. All four tests indicated that individuals were giving rise to and sustaining authoritarian governments.

“These results are consistent with the logical implications of the parasite stress hypothesis, and are inconsistent with an alternative explanation suggesting that the correlation between disease prevalence and authoritarianism is based solely on colonial establishment of state-level institutions,” referring to the possibility that the statistical relationship might be explained by the fact that colonial powers tended to set up long-lasting political institutions in low-parasite areas.

The results beg the question: Could authoritarian governments be eliminated over time by eliminating infectious diseases?

Some have questioned the study, but scientists continue to conduct research based on parasite-stress theory. Their studies have demonstrated statistical relationships between the prevalence of parasites and:

When is a quarantine justified? A group of philosophers offers an answer.

Quarantines are worth the trouble to keep the next pandemic at bay but they need to be applied intelligently.

Yale professor Amy Chua on the identity of nations, why hardened tribes end up in civil wars, and why you can't just replace dictators with democracy.
▸
8 min
—
with
Amy Chua
Mind & Brain

It’s No Coincidence That Hitler Was a Germaphobe

Hitler appeared to have been highly sensitive to disgust, and research shows this trait is linked to numerous dimensions of ideology.

Despite decades of research, there is no reliable vaccine for malaria. Dr. Philip Eckhoff lays out the strategies and collaborations required to eradicate this disease and the half a million lives it takes each year.
▸
5 min
—
with
Philip Eckhoff
Health

Some viruses are more lethal for men than women, British researchers say

New research out of the University of London shows that some viruses are more likely to kill men than women. Here's why.

T.C. Boyle will read his short story "Are We Not Men?" at the Los Angeles Hope Festival on Sunday, May 21. The event is free but seats are limited. RSVP here.